What Don’t You Understand?

Home What Don’t You Understand? 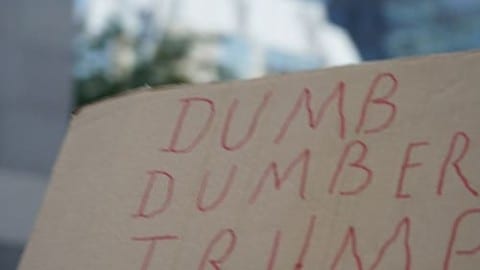 I really hope this was an eye-opener for you. Is this what you wanted? I know you were not the ones that put this idea/belief of white nationalist in their minds— but you were the ones to advocate for it. You had the chance to stop this hatred, but instead you are sitting back and letting them do your dirty work. My leader would be willing to stick up for all people in this country. No matter the differences in opinions, my leader would make sure I was safe and so are my natural born rights. I knew it from the day elections began that my future would not be placed in the right hands. After this Charlottesville incident, I do not take anything to heart because it is not just me and my people lives that you lack concern for. It seems as though everyone that is against you or does not see everything your way is your enemy. We want equality and peace. Your top concerns are lowering the budget for education and building a wall. The way that our own country is looking, we need to build a wall between white nationalist and the rest of us because the race wars are getting out of control. People lives are being sacrificed due to people not accepting opinions that oppose theirs. For the sake of our country, we need leadership for America that actually cares for the people instead of using the White House as a trophy. We get it… you won. What now?

Your post brings up a lot of good points. I related to it as well. I too felt as though my life, my community were being placed into the wrong hands on election day. This us and them mentality will be the end of the country. It’s polarizing and toxic. That’s why I ask you, How do we change this? What can we do to influence our leaders to reassess their roles, to start growing peace and equality again? How do we make it better?

I found your post very insightful and you took your argument the right way you didn’t just say how they are wrong but rather asking for answers on how we can fix what is happening. I really liked your post and it raises questions I hope will be answered by our leaders today. You pointed out how we are doing less for funding education to build a wall of division when what we really need is unity and knowledge.

I agree that Trump is awful about doing anything at all for fear of losing the support of his base. It is truly disappointing that rather than trying to deal with the issues of racism in America, Trump continues only to act in selfish and egocentric ways. I love the ending of your essay–winning the presidency is only the beginning.