What Does it Take to Get that Opportunity?

Home What Does it Take to Get that Opportunity? 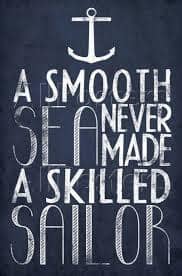 Despite being the country that gives equal opportunity for all, it takes a lot of work to reach that opportunity. This is evident superman and me by Sherman Alexie, The Devil’s Highway by Luis Alberto Urrea, and Long, Too Long America by Walt Whitman.
In the essay superman and me, the narrator Alexie describes the struggle he had to become successful because of the social norms that were established in his community. It describes him being discouraged to learn by his fellow classmates, in order to preserve tradition. On his road to success, he described the amount of effort he put in, to actively learn, and then how it led to a life that was supposed to have been denied to him, just because he was native american.
The Devil’s Highway, describes the terrifying journeys illegal immigrants from Mexico have taken to get to the U.S. It says that there are often thousands who perished on the way, either from exposure, or the hostile native tribes that reside there. Before reaching america, they imagined a Utopia where wages were high, and work was plenty. Instead when they arrived, they found an already large amount of illegal immigrants making it difficult to find jobs, and the constant fear of deportation.
The poem Long, Too Long America, by Walt Whitman, has a particular line that supports this argument. Waltman says the american people must “now, to learn from crises of anguish, advancing, grappling with direst fate and recoiling not,”(Line 2-3). This can be interpreted as a statement that americans as a people have grown much, but the journey to the “next level” will produce “cries of anguish” and will not be easy.
One of the many names of America is the land of opportunity. Yet to gain this opportunity takes more effort than one may expect, as is seen by these pieces of writing.

Junhyoung, I agree with your statement that America gives opportunity for all, but you must work for it. The story of Mexican immigrants taking the Devil’s Highway is a sad truth, with people wishing to come to a utopia but instead find only fear and overcrowding. I, along with many other Americans, are ready to strive for what’s next, but there will definitely be struggles for many people and it will not be easy. This is very well written and I appreciate your thoughts.