What Does It Take to Be an American?

Home What Does It Take to Be an American? 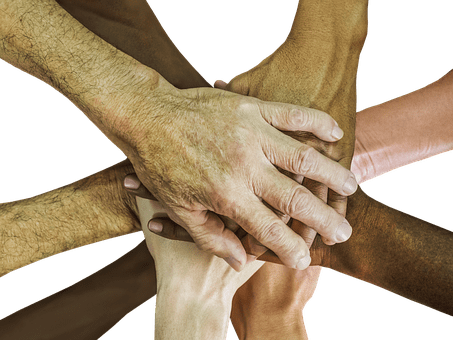 During the Reconstruction, the idea of someone being American was demonstrated when all men were allowed to own land of their own. This example shows that everyone was seen as American, and “free”, because they gave the right to own land to everyone, not just white men. Another event from the Reconstruction was when the government gave black men the right to hold office. Although they weren’t allowed to hold high positions, this shows that they were still considered American because Americans were allowed to be in the government. Similarly, events in modern time illustrate that everyone having the same rights as others meant people are American because everyone now has the right to do what they want, within the law. One of these modern events include the right to get married. Being married has never been seen as an “American Right” to most people, but to those of the LGBTQ+ they have never had this right until recently. LGBTQ+ has always been seen as the non-American, or not right, way for years, but now that they have this right, they are now considered as people, and/or American. Another modern event includes the “illegal documentation of aliens,” otherwise known as people who migrate to America from different places, but can’t get their citizenship. As I stated in the beginning, “Being American shouldn’t be seen as someone who was born in America…”, so no one, no matter if they were born in America should be called an illegal alien. Most of these people live, work, pay taxes, and obey the law here, just like any citizen that was born here, so they deserve to be called American just as anyone else. These events share many commonalities because they are ways that people have taken “non-American” ways and have turned them into ways that can describe anyone as American and show that having rights means that you are considered American.

In conclusion, “Being American” should be considered as people who live in America, and are law abiding citizens. People who go out of their way to help their families, and others have a better life. “Being American” should mean that you are a person that lives in America, no catch. This should stick out to any, and everyone because it’s time to put a stop to those who decide which person can and/or cannot be considered American.

Shannya,
I really liked your post and your take on what an American is. I agree with you, that an American is anyone who lives here, anyone who works here, anyone who contributes to society. No matter what race or ethnicity you are, you can still be American. No matter what gender, sexual orientation, socio-economic, or documentation status, if you live here and contribute to society, then you are American. I never knew about the viewpoint during the Reconstruction, so I thought your point on that was interesting! Here is an article you might like: https://www.huffingtonpost.com/akbar-ahmed/what-is-an-american_b_240790.html

Hi Shannya,
I really liked this post and thought it was very well-written. I liked how you made your statement in the first paragraph very clearly by saying, “I believe that being American means that everyone has the same rights and advantages as each other, no matter where they come from, or what they look like.”. Then I liked how you used examples from both history and present day to support your claim of how important it is to have rights, even the most simple ones such as marriage, as you said. One article I thought fit with this topic, http://traveltips.usatoday.com/rights-usa-citizen-63390.html , writes about what the rights of any U.S. citizen is, also expressing how important it is to know your rights. I thought you had a really interesting post, and I really enjoyed reading it!