The Oath and The President

Home The Oath and The President 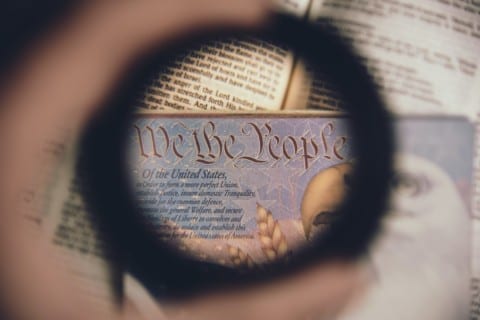 I do solemnly swear (or affirm) that I will support and defend the Constitution of the United States against all enemies, foreign and domestic; that I will bear true faith and allegiance to the same; that I take this obligation freely, without any mental reservation or purpose of evasion; and that I will well and faithfully discharge the duties of the office on which I am about to enter: So help me God.
Source

The presidential oath was original written in 1789 with the first congress. By the 1860s, the oath was revised into the oath that presidents take today before entering office. In today’s society, the government and the president are not keeping their promises that are in the presidential oath, instead, the president has been not living by the oath because the president is not doing and acting that the oath is lived by, he cares about himself and not for the care of other people, and with all of this in mind, he is not caring about the worlds issues.

The first thing is how the presidential oath is not the same as it was when it was first written and how the president is not living by the oath. This breaks down into the problem that the president is only worried about himself and by doing this, he only cares about himself and doesn’t look at his job as a whole in which it is that he isn’t listening to what the American people need and he is saying whatever he says is the right thing and that people in other parts of the government have to act upon what he says. This has an impact on the country because the president is not listening to the people and taking in what they have to say to make America the way that they want it to become for the future of the country.

The biggest thing that is infecting the way that the president is doing things right now is that he is not caring about the world’s issues and instead of back to the thing that he wants to do things his way and not communicating with the countries that have issues that it might even to the president being on the same page as the country’s leader. An example of this thing is COVID-19 because president Trump has blamed China for the virus and for his own safety, he put testing places in place and stopped travel to China. “At the outset, President Trump took action to stop travel from China to stem the spread to the United States as long as possible” (Source). As president, it is important to deal with things that are much bigger than you like climate change, the fight for equal rights for African Americans, and other things like that even though according to the first line of the presidential oath.

Overall, President Trump and the government is not living to be faithful to the constitution and with that, the president is making rules for himself and is doing his own versus listening to the American people and doing the things that the constitution says to do.