What does it mean to be an American?

Home What does it mean to be an American? 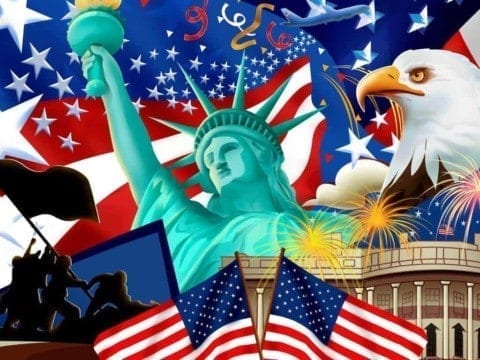 There is no one definition of what it means to be an American. Instead, there are many connected ideas from different sources. One of these sources includes the United States Constitution. In its preamble, it details why the U.S was found and what ideals it was founded upon: “We the People of the United States, in Order to form a more perfect Union, establish Justice, insure domestic Tranquility, provide for the common defense, promote the general Welfare, and secure the Blessings of Liberty to ourselves and our Posterity” (US Constitution. Preamble). This part of the constitution already sets out some general values. For example, we are to “ensure the blessings of liberty to ourselves and our prosperity” (US Constitution. Preamble). This means that one of the U.S’s founding values is ensuring liberty (aka unalienable rights), to everyone, along with our children. Another part of the constitution states that we are to “establish justice” (US Constitution. Preamble). Again, this gives us another example of core American values or founding principles. The sentiment of establishing justice and other American values are echoed on the website US Values by Charles Tidwell: “Equality, Open society that ideally treats everyone equally, Little hierarchy, Informal, Directness in relations with others” (Tidwell). Even as a society we may sometimes fail to establish justice as well as equality in some cases, but many will still try their hardest to fix that. The final core value I want to bring up in being an American is the belief of pursuit of happiness, which can be found in the first amendment for The Bill Of Rights: “Congress shall make no law respecting an establishment of religion, or prohibiting the free exercise thereof; or abridging the freedom of speech, or of the press”(Bill of Rights. 1st Amendment). This can be explained simply as do what you want, as long as it doesn’t infringe on others right to do the same. There are many other core American beliefs I have not shared, this is simply because there are many different definitions of American, all having their own beliefs.

Christian,
I really enjoyed reading your piece. In particular, I liked how you cite the constitution numerous times throughout your writing. In America, the constitution is a set of principles that reflects our nation’s moral and values.

Hey Christian, I like how you cut right to the chase with the sources and used an abundance of evidence. However, in the future you may want to spend a little more time explaining your sources better and how they relate to the topic. I also thought your last sentence tied the whole piece together very well by directly relating back to the topic sentence.