What does it mean to be American? Does anyone know?

Home What does it mean to be American? Does anyone know? 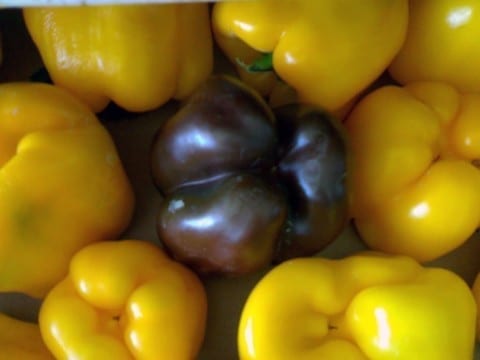 What does it mean to be American? Do you even know what an American is? Is it a person full of hatred because someone looks different? Or is somebody who is open to a door of opportunities? Well, I believe that at an American is a mixture of those two questions. As well I believe what time you are living it will change your opinion. From when I grew up being American is being free to whatever you want to do.

In the reconstruction time being American was different but as well similar to this time. For Africans, during reconstruction times they were not seen as citizens. For back then a citizen was a white American who owned a certain part of the land. Unfortunately, since black people just became free they were not seen as citizens.  This is shown in the Dred Scott case where they say that African Americans once not in a free state are not citizens. He was previously free but once he crossed into one of the slave states to try and free his wife he was not allowed.

What I previously stated in the last paragraph is still somewhat relevant to this day. If you are a person who came to this country illegally there is a lot of things that you can not do. Such as little things as getting your license.  If you come to this country and you stay for a year to get your green card, you have to wait for ten years. That is ridiculous that someone who obviously left their country for a reason but has to go back so that they can stay in the country they want. It is not like they have to stay there for a month but, ten years.  To be American in this day and age means to be able to have their freedom to do what they want. This is shown through as simple things as driving their car legally.

The way that the reconstruction and present day is related is the fact of freedom. This is because back then freedom depended on how you look and now it is on how you got here. If you were to be a black person male or female and you came to a slave state you are no longer free. This is because they are black. Even though it might not be as harsh this is shown to people who immigrated illegally. This is because once they come here they can not do the same as any other American.

In conclusion, not much has changed as what it means to be an American. Whether it be where they came from or how they look. In the past, people could not leave their own state and have a life without possibly being caught. This could be said today with immigrants where they can not even drive. So has the image of an American changed or has it just disguised itself. Thank you for reading my blog post.

Ethan,
I enjoyed reading your post about the changing view on what an American is. I agree with the fact that it has morphed into this idea that we are just hiding what we really have to say as Americans. One thing that resonated with me from your post was when you explained how those who came to the US illegally have a different view on America. It seems to me that we used to be known as the land of the free, a land of opportunity. Now we have morphed into this place where yes, one is able to fulfill their dreams, but at a price. There are many restrictions that have been put into place that won’t allow those who have come here for a better life to really enjoy what they are looking for. I find it incredibly sad that our reputation as the greatest country has completely changed, and it is disappointing to look around and see the issues that are arising today. I enjoyed your post, as it sparked a lot of interest in me.

Ethan, great idea of a post. I have to say gaining a citizenship in the U.S. is difficult process because we want to avoid terrorist infiltrating American land, I support the process, even though immigrants may be fleeing there country we cannot be naive. A suggestion for your writing is that, you should be more elaborate on your “freedom definition” you vaguely talk about one subject, there is so much more to being a American. Also cite sources next time because I don’t know where you are getting some of your information from. I wish you good future in your writing process !

Ethan,
This is an interesting perspective on what it means to be an American. I think that maybe what’s happened is that what it means to be an American has morphed, but that fundamentally, to the core our values are still similar, just the way we’ve presented them have changed. Women and people of color are still discriminated against, just in less obvious ways in some cases. For example the wage gap between men and women and the stereotypes still held on African American people. However, much like in the past America is still a place of opportunity. Though this may change, for a long time The USA was, for the most part a Refugee tolerating and welcoming Country, which is a huge opportunity for people who are trying to flee hatred and violence.
I found this article that you can look at if you’re interested, it is a little long but picking out information isn’t terribly hard. It’s about wrongful arrests in the United States and the correlation to race. http://www.law.umich.edu/special/exoneration/Documents/Race_and_Wrongful_Convictions.pdf#
This was a really interesting post to read, I’m interested to hear what you have to say next.