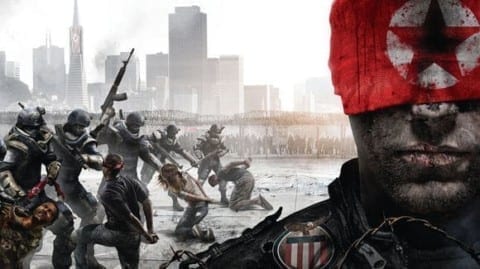 23% of people believed in the rags to riches – 20% from rural areas – 24% in metropolitan areas. From this article I found evidence that people are disbelieving in this idea.  From another article, I read that “Millennials believe homeownership is the American dream, yet baby boomers believe they are somewhat living the American dream”.  From this article.  It showed that people have different ideas on what the American Dream means.  People strongly believed or used to believe in “started from rags, worked my whole life, and I am where I am now”, Wolf of Wall Street style dream.  But as time progressed, with major changes to the economy, people started to disbelieve in this iconic dream.  No matter how much someone works, they get stuck in the same spot.  Gaining a lead in money, then all of their hard work disappears, no matter how much they try to save.

In the Bill of Rights, we have stated in the first amendment that “Congress shall make no law respecting an establishment of religion, or prohibiting the free exercise thereof; or abridging the freedom of speech, or of the press; or the right of the people peaceably to assemble, and to petition the government for a redress of grievances.”  This is declared as a right for anyone and everyone, that is in or part of the United States.  The problem I see with this though, is that we still infringe on the freedoms of expression for different groups (LGBTQ groups, ethnic groups etc.).  Discrimination still thrives even into modern times.  Racism still exists, people are still judged on their beliefs, or religions.  I’m not saying that we haven’t come a long way, but as we progressed over centuries, we should be more accepting.  It has been thousands of years, to be more accepting of different religions.  Many people have been fighting for social justice for more than 50 years.  Social justice from and for multiple groups, and cultures.

Aziz Rana said that, “Today, the creedal story of national identity—according to which the United States has been committed to the principle that all men are created equal from the time of its founding, and our history can be viewed as a steady fulfillment of this idea—finds itself in profound crisis.”  Over time the American identity has been reformed, yet still held true since the founding documents.  All men are equal, and have equal opportunity in this nation, to live as they wish to, as long as it doesn’t infringe on the rights of others.  The article talks about how over time, as a nation we overcame different forms of racism, such as segregation.  Yet it still bothers me that discrimination of any sort is still around.  Granted I can come off as not fully educated on these matters.  And I can make some comments and jokes.  But I do view everyone equally, something I have made part of a moral code.  I view everyone equally, and give everyone the same equal chance.  If a specific person makes me mad, I don’t go off about their group (ethnicity, LGBTQ groups, religion etc). I only confront the person who made me mad.  I don’t (or try not to) bring in things that attack them personally.  That in itself is bigoted.  However, I do point that out because a lot of people do attack people personally based on ethnicity, religion, and form of expression.

George W. Bush has said that, “America is not immune from these trends. In recent decades, public confidence in our institutions has declined. Our governing class has often been paralyzed in the face of obvious and pressing needs. The American dream of upward mobility seems out of reach for some who feel left behind in a changing economy. Discontent deepened and sharpened partisan conflicts. Bigotry seems emboldened. Our politics seems more vulnerable to conspiracy theories and outright fabrication.” As I can say or see.  Is that the American identity has been lost for this generation.  The meaning has been befuddled for everyone, and we are having to pick and sort through the pieces of the broken puzzle.

Joe Biden during a speech said, “…inclusivity, tolerance, diversity, respect for the rule of law, freedom of speech, freedom of the press.  If these are the democratic principles we wish to see around the world, America must be first to model them.  These are also the values that tie us to our closest allies – the friends we depend on to address major global challenges.  They must believe the United States will continue to support them and stand up for democracy…” This quote really stood out to me, because it made me think of what I believe the American dream is.  Being a community that supports each other.  We want to be the land of the free, but on the inside is mass chaos.  Where we have a hard time modeling our beliefs of what this nation is supposed to stand for.

Hi Xavier. I really liked reading you post. I like seeing other peoples views on topics, including about America. As we know from the media, America is in a troubling time with its own people. Different views on ideas are causing issues and anger on how people want to express themselves (religion, sexual preference, etc.) How do you think we can all solve these issues? Do you think having a civil conversation will work, or will people need to do more to show their views (rally, protest, etc.)? And playing devil’s advocate, people have the right to express themselves in anyway, it’s in the first Amendment. But do others have the right to not agree with them? What are your thoughts? Thanks!
Tanner