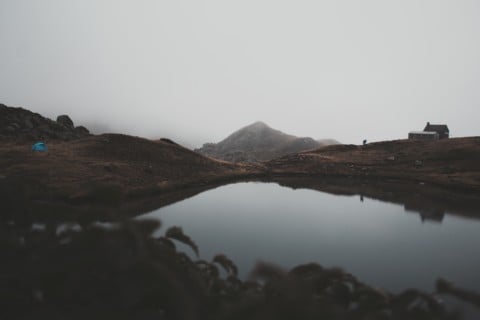 What does it mean to be American? Whenever someone asks me this question, I instantly think back to the Revolutionary War. The cause of the war was the Americans. The American colonists were fighting for their precious creeds and values, which they believed were being violated by England. England gave almost no rights to the colonists and heavily taxed many imported supplies such as spices and tea. Over time, the colonist’s annoyance grew, and they soon revolted against Great Britain. American values and creed were important enough to the colonists that they were willing to die for them. Like the American values themselves, the colonists who fought off England’s army are inspiring and worthy of praise.

One important American value is the concept of being independent. There are traces of this concept in almost every founding document. The fourth amendment states, “The right of the people to be secure in their persons, houses, papers, and effects, against unreasonable searches and seizures, shall not be violated, (U. S Const. Amend IV)”. Congress put the fourth amendment in place to protect our houses from police or other authority with no warrants. This American value is even present today. Almost every American teen after high school (18 years of age) is required to be independent. Whether that’s going to college or getting a job, you are thrown into the adult world.

Thomas Jefferson famously wrote, “all men are created equal” (Jefferson para 2), in his draft of The Declaration of Independence. The claim that “all men are created equal” helps illuminate another American value. Being American means having full freedom. We can see this with the fifteenth and nineteenth amendments. The 15th and 19th amendments protect all non-white and female citizens to vote. This ensures all American citizens the right to voice their opinions. However, America isn’t doing a good job of providing the promised freedom to her people. America is having a difficult and ugly time with equality. African Americans are being unfairly treated and prosecuted even today, and tensions are increasing every day as we get closer to the election.

America is a country full of diverse and interesting people. I think of it as a “melting pot” of cultures where we can experience many cultures. People of all races and religions escape their countries for a chance to be free of persecution. This freedom and liberty from an oppressive government is the foundation on which America was built. From the basic ten amendments on the bill of rights to new laws being made today, there are hundreds of laws today to ensure our freedom. For example, the First Amendment explains, “ Congress shall make no law respecting an establishment of religion, or prohibiting the free exercise thereof, or abridging the freedom of speech, or of the press” (U.S. Const. amend. I). The first amendment, alone, grants all U.S citizens the right to free speech, practice any religion, and hold a non-violent rally. In America, no one can corrupt your freedom. You can go to college and get a job, or you can start your own company and be your boss.

I think it’s really interesting to hear your thoughts on what it means to you to be American. I like how you went into detail and used the founding documents as sources.