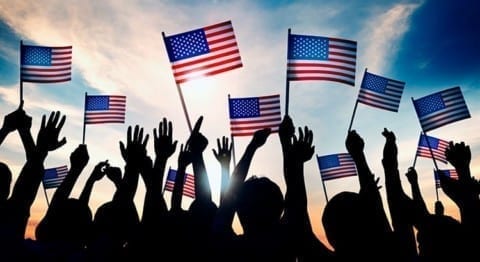 Defining what it means to be American is different for everyone, especially for Will McAvoy from “The Newsroom.” Most people would say that America is the greatest country, but Will disagrees. He says, “207 sovereign states in the world, like 180 of them have freedom.” Most people when they think of America immediately say and think about freedom. Why is freedom special, almost every country in the world has freedom, so what makes America so great? This is what Will is saying and honestly, I completely agree.

The opposite of Will Mcavoy is what it means to be American from Tegan Griffith from the video “Marine Life In The MidWest.”. She takes extreme pride in being American and her whole family including herself has taken part in the military. When she got off the plane to go to Iraq, she wasn’t nervous about getting killed, but rather that she is serving as pride to her family.  She believes that being American is all about pride and freedom while Will McAvoy believes that America shouldnt have pride and that freedom shouldn’t be something to brag about. Everyone views America differently, Will McAvoy and Tegan Griffith are perfect examples.

Now, how do I feel about being American you ask? I do truly have pride for being American, but I also can assure you that America is not the best country. I do agree that freedom is not something to brag about, even though it was for a time, but times have changed and things are different now. America has changed and there are a lot less things to brag about, but in the end America is my home. No matter what I take pride in the country that I live in and the Flag that waves in the wind outside of my Highschool and this will never change, no matter what. Now I ask, what does being American mean to you?