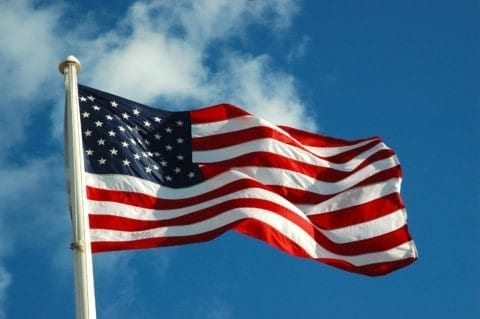 What does it mean to be American? There is no clear cut answer to that question as it differs from person to person. If you went around and asked random people on the street about their definition of what it means to be an American, you would get a different response from each and every person. Americans have many values and beliefs such as equality, opportunity, and freedom. These rights exist for every American and cannot be taken away.
Freedom is a core value for Americans and was of the key reasons why America was formed and people immigrated here. Many other countries do not allow freedom in many aspects such as the Freedom of speech. “The First Amendment guarantees freedoms concerning religion, expression, assembly, and the right to petition. It forbids Congress from both promoting one religion over others and also restricting an individual’s religious practices.”, according to Cornell’s Law School. Such rights are inalienable and can not be taken away from the people in the US. Freedom is one of the most important values to the people of the US.
America has been known as the “Land of Opportunity” since it’s existence. America is a country built on opportunity and the belief that anyone has the opportunity to do anything as long as they work hard and earn it. The reason many immigrated here in the first place is that there was more opportunity to succeed here than in their home countries. My family is an example of that. My dad decided to move our family to America in 2008 because he found a job that paid really well here and he thought I had a better opportunity to be successful in America than in India. As of recently though, America doesn’t have as many opportunities as it used to but my next value will explain why there still are a lot of opportunities.
I think the thing that Americans value most is equality. Everyone in America is to be treated the same as the person next to them. Everyone has the same opportunity for a job regardless of gender, race, religion, and sexuality. The first same-sex marriage occurred in 2004 and as of 2017 more than 1 million, LGBT Americans are married according to CNN. America is more equal right now than it’s ever been. American now focuses more on personal qualifications than race and gender. Even though there are still some people around the country that are against equality, the country as a whole embraces the diversity in America and value equality more than anything.
If you were to look in a dictionary, the definition of American would probably be someone who is a US citizen or someone who lives in the US. In reality, I think that the definition of an American is someone with these values and beliefs that lives in America. These values are core to America and the country wouldn’t be as successful as it is without these values.

I agree with what you are saying, eventhough I have a little bit of a different opinion regarding to some matters you talked about. Although, I found something that might interest you (https://www.americancreed.org/watch), it’s a film that does talk about what it means to some people to be an American and a few of the core values.

Hey! Im Michael! Your article was very rowsing and patriotic, and I like how you included your personal story, I think you’d really like this discussion thread on the topic https://amhistory.si.edu/perfectunion/memory/topic.asp?TopicID=4. Peace!