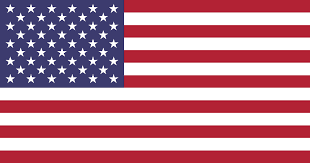 Being an American can mean many things. Not everyone feels the same about American values, but we can all agree on a few things. Some may hate the United States and some may love the land of the free. At the end of the day, your own experiences define what an American is. That being said, I think the American creed and values are; patriotism, freedom, and unity. The combination of those values creates an American.

People may say that you don’t have to be patriotic in order to be considered an American. That is 100% true, all you need to do is live in America to be an American. But having American values means more than just living in the United States. “We the People of the United States, in Order to form a more perfect Union, establish Justice, insure domestic Tranquility, provide for the common defence, promote the general Welfare, and secure the Blessings of Liberty to ourselves and our Posterity, do ordain and establish this Constitution for the United States of America,” (U.S.Const.Preamble). The beginning of our constitution makes sure to mention patriotic values, which was written over 200 years ago.

Before the United States became what it is today, many came for freedom. Even today people all across the globe are fleeing to America in search of a better life and to simply live their own lives. “Whose broad stripes and bright stars, through the perilous fight, O’er the ramparts we watched, were so gallantly streaming? And the rockets’ red glare, the bombs bursting in a Gave proof thru the night that our flag was still there. Oh say, does that star-spangled banner yet wave O’er the land of the free and the home of the brave”, (Key, Francis Scott, Star Spangled Banner). This is our national anthem. Our country was built on the idea of freedom. That screams American values.

Last, but not least, unity.  The United States is a melting pot and it can be tough to remain together when differences arrise. But if we don’t stick together, than our nation could/will fall apart. There is a reason why it is mentioned so many times, including in our pledge of allegiance. “I pledge allegiance to my Flag and the Republic for which it stands, one nation, indivisible, with liberty and justice for all”, (Bellamy, Francis. The Pledge of Allegiance. Art Evans Productions, 1971). This is only an excerpt from the whole, but it captures the main idea.

Everyone may not agree with what I believe, and that is okay. Just to strengthen my argument, all my sources are from official documents and national treasures. No matter how perfect an argument is, there will always be someone who thinks otherwise. Another beauty of our country is having the right to believe what you want. Having said that, I believe that the American values consist of; patriotism, freedom, and unity.