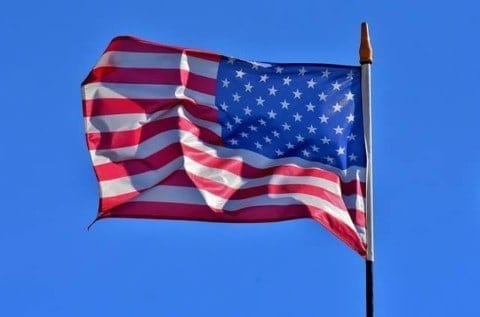 The reconstruction period was the rebuilding of the south but historical edividence and contemporary events show that being an American means that you have to meet certain requirements. According to Thirteenth Amendment which was established during the Reconstruction period, “All persons born or naturalized in the United States…are citizens of the United States and of the state wherein they reside.” This amendment demonstrates that you had to be born in the states in order to be an American. Therefore if you have no identification or proof that states you were born inside the United states then you aren’t an American nor a U.S. citizen. Not being born in the United States means you don’t deserve other rights that citizens are provided such as the right to vote which is stated in the Fifteenth Amendment.another reconstruction article called Black Codes  in Opelousas, Louisiana states in SECTION 7. “No freedman who is not in the military service shall be allowed to carry firearms, or any kind of weapons, within the limits of the town of Opelousas without the special permission of his employer, in writing,and approved by the mayor or president of the board of police.”By this quote I know that negros or African Americans had limited rights. The Americans whites wanted us to be was to be fearful of them and let them. To be American we had to follow their demands and sit there and let them disrespect us every single day. Blacks were limited Americans and they had no way of protecting themselves if their lives are in danger. Being an American for them was still being held in bondage just without the chains.Some of the same issues that were occurring during the Reconstruction period and still occurring this present day. An article called police Brutality and African Americans states that “Racial minorities made up about 37.4 percent of the general population in the US and 46.6 percent of armed and unarmed victims, but they made up 62.7 percent of unarmed people killed by police.” This is a recap of the reconstruction period almost because this proves along with the Black codes in Opelousas, Louisiana article is that we’ve always been unarmed. Blacks didn’t have the right to have possession of a firearm and the world still doesn’t want us to have firearms because they feel like we misuse them. Obviously the police, an enforcement created by the government that’s supposed to protect us is killing us. Do they really feel threatened or are they really just racist murderers disguised in a uniform ? To be American is to think To be American is to be aware of the enforcement set to protect you.