What does American Mean?

Home What does American Mean? 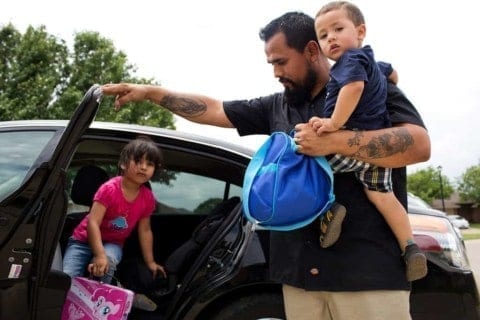 In reality, American means that you are part of a country with lots of different lifestyles and backgrounds. The photography series “The Way North” by Damien Cave and Todd Heisler helps show this characteristic of the nation. Throughout his travels up highway Interstate 35, he meets and interviews lots of different people from different backgrounds, lots of them being born or having close relatives in another country. As one man says: “It’s diversity. Pakistan is all Pakistanis: They look the same, they dress the same. Here it’s people from all different cultures, and I like that.” (Kanwal Mehmud). Here it’s clear that one quality of the United States that people consider is the different people that live in it. It also furthers this statement by comparing it to other countries; as the speaker says there aren’t as many different people in Pakistan. It fact it is useless to say the United States is diverse without proving that it is more diverse than other countries.

I aspire that to everyone, American can represent being a hard worker and supporting those around you. It should mean standing up for things you believe in. In the speech by Russell Means addressed to the Senate, he acknowledges the fact that Native Americans have been historically oppressed and today are still not being treated as true Native Americans. “In these United States of America, this great country of ours, we American Indians, we can be anything we want to be except American Indians…” (Means). This helps reinforce the idea that it is important for Americans to stand up what they believe in. In this case, Russell Means strongly believes that it’s important for Native Americans to be able to achieve more and succeed in life. He also believes that the government should allow Native Americans to practice cultural traditions they are otherwise prohibited to do due to property laws. His whole speech helps exemplify how it is important to him, and lots, as an American to stand up to change things that we believe in.

“Marine Life in the Midwest.” Facing History and Ourselves, www.facinghistory.org/resource-library/video/marine-life-midwest-tegan-griffith.

Image from “The Way North,” https://int.nyt.com/data/bigmiddle/media/2014/05/CarKids.jpg

America is hard working, America have all different culture were you get a little bit of knowledge of culture even if you don’t realize it. America is history because we are very diverse in all culture. We are very innovative and all culture in America help with this. I advise you to check out my website i talk a lot about Immigration. https://wordpress.com/stats/day/22chichad95.wordpress.com

I genuinely like what you have to say here until you get to saying that property boundaries are stopping Native Americans from practicing traditions. I think that this is too easy of an answer to a complex issue that cannot simply be resolved by just opening up the flood gates. We have had a long history of people abusing systems, specifically the first Amendment’s right to free religion which has allowed for people to open tax-free mega churches and abuse state laws that stop the selling of certain drugs because “its my religion,” so I don’t think that we could give power like that away. This would really allow for people to have too much power over others and I don’t think that this would be a good solution. That being said, I really liked the next section that you wrote.

forgot to post a link XD blows kiss
https://www.revealnews.org/article/6-ways-religious-exemption-laws-are-exploited/
I would recommend reading the part of the article that talks about zoning laws, as I feel it pertains the most.

Peter, I really like this essay. When you quote Kanwal Mehmud and his statement that “Pakistan is all Pakistanis” but here in America we have so many different cultures in just one neighborhood. I think that you would enjoy the link at the bottom; it’s very interesting to look at after reading your post. It really puts your main idea in perspective.