What does “America” mean?

Home What does “America” mean? 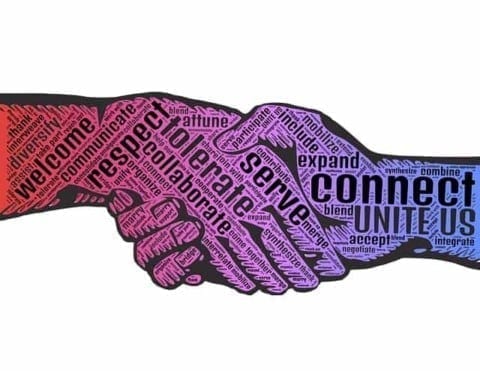 To me, the word “America” really means the country, not the people. I believe New York defines its residents or the Appalachians define their residents not the other way around. This leads America to not be people who define Americans, but America who defines people. While many people think America is defined by its diversity or freedom, it really defines others by these things. America is not diverse because its people are diverse, its people are diverse because America is diverse, the same goes with freedom. The video titled “Why America isn’t the greatest country the world any more” really shows how Americas people don’t make America with the quote “Belgium! Has freedom” he talks about how while america does have all these great things so do other countries, what he doesn’t talk about is the fact that America has the diversity that leads to the freedom to not just do whatever but to do whatever with whoever.

I believe American should mean respect.

Hi Caton,
Your post is interesting to read, because you have different point of view with me. I believe that people define the place they live, but I agree some of your opinion. It’s good to see a different opinion, maybe you can write more about it so reader can more understand the point.

Caton,
I agree that America is how people are defined, but I also believe that it is the people who make America what it is. I think the people that are involved in the culture are what continually defines America. Here is an article I found interesting on the topic: https://www.nytimes.com/2019/04/24/learning/what-do-you-think-are-the-beliefs-and-values-that-define-american-culture.html
Thanks, Matthew

I agree with you that america means the country but for america to be made and founded there needed to migrants and true it is called america but it needed people to found it and share cultural beliefs to make it a land of prosperity. Here’s an article you may wanna look at:https://www.pewsocialtrends.org/2019/05/08/americans-see-advantages-and-challenges-in-countrys-growing-racial-and-ethnic-diversity/

Nice article, however I think without the people, there is no America. Men and women built this country back over 200 years ago, and we have continues to thrive as a country ever since. I think you would like this article that explains what it is to be an American. https://www.theatlantic.com/magazine/archive/1939/03/what-makes-an-american/309021/.
Thanks, have a great day.

I like that you clearly stated that it’s your opinion. But I think you should have specific examples demonstrating what you mean by “America has the diversity that leads to the freedom to not just do whatever but to do whatever with whoever.” This will allow the reader to relate and understand the point you are trying to convey to the readers.

Hey Caton, I like how you do not conform with the viewpoints of others. I like that you have formulated your own beliefs on the subject mater. When you related that America is not great solely on the basis that it has freedom is interesting. Many different countries have freedom which doesn’t make America special. I am curious on your idea of how America is diverse and how the people do not make America diverse. America is the most diverse nation in the world. America was not always diverse. In my opinion the diversity came from the immigration of people who came to America. This includes Germans, Irish, English, Africans, Chinese, and many other races and cultures. https://www.huffpost.com/entry/10-ways-america-is-different_b_4670233 This link shows some ways in which America is different from the world. America is serenely different than any other country. Because everyone will have a different viewpoint on what America means, It would be interesting to know why they feel like that. It could be based on past experiences, their location, who they associate themselves with, how much money they have, their gender, and many more factors.

Hello Caton! You discuss some interesting ideas about how the truth and defining qualities of America lie behind the geography and places rather than the people. While this is probably an unpopular view, I think it is a very interesting one. I think doing some research into how geography affects a person could be beneficial to proving your point. Here is an article that discusses the growing idea that technology is dismissing the importance of geography to a person’s identity that also includes a counterview to that statement. https://trend.pewtrusts.org/en/archive/trend-summer-2016/foreword-how-geography-shapes-our-identity

I agree with the fact that a location defines people to some extent, but I believe that people also define the places they live. When you say that America is diverse, what do you mean? Are you talking about the landmass and climate? I would like to hear more from you explaining what you mean more specifically!