What does America mean?

Home What does America mean? 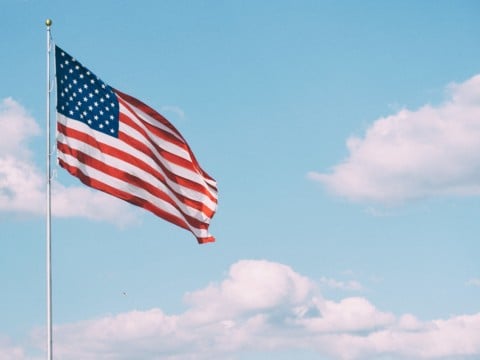 The portrayal of America; red, white, and blue, a land truly free for anyone and everyone, an all-American white family living in a suburban home..all of these are the apparent embodiment of the American dream, yet how true is that dream really?. The essay “Denial Is the Heartbeat of America” by Ibram X. Kendi examines the issues of America debunking the all positive light America is viewed in. According to Dr. Kendi, the root of all American problems is the fact that these issues are never addressed.  In his article, Dr. Kendi mentions, “And in the end, what will make America true is the willingness of the American people to stare at their national face for the first time, to open the book of their history for the first time, and see themselves for themselves—all the political viciousness, all the political beauty—and finally right the wrongs, or spend the rest of the life of America trying.” Clearly, Dr. Kendi is arguing that in order for America to achieve its desired positive image, recognizing issues such as racism, sexism, homophobia, etc. is needed.  People love to discuss the American Dream and how America is a place of opportunity, but never talk about who the opportunities are given to or who is actually entitled to that dream. I believe this article perfectly encompasses America through it not only explaining America’s negative aspects but also addressing the potential America has to be a great country. Dr. Kendi is not degrading America but describing the steps we need to take in order to live up to the depiction of the American Dream.

Similarly, Langston Hughes’s poem “Let America Be America Again” shows us the “American Dream” only applies to those who fit the criteria. Langston Hughes’s poem was written in 1936 compared to Dr. Kendi’s recent 2021 essay. Although these two were written nearly a century from each other we see the same problems still affect America. Throughout his poem Hughes has a second voice stating the true colors of America, “There’s never been equality for me, Nor freedom in this ‘homeland of the free’” Evidently, according to Langston Hughes those who are minorities receive an unfulfilled promise compared to those who are privileged. America has a prolonged history of discrimination that continues to this day, this history has resulted in ongoing oppression.  In comparison, “Let America Be America Again” addressed the hidden issues in America, and “Denial Is the Heartbeat of America” gives us the solution to these problems. Furthermore, one can see that both of these pieces view America as a place with plenty of potential for being great, yet the nation hasn’t taken the steps needed in order to improve and reach that potential.

There are a variety of perspectives on what is the true definition of America and what it means to be an “American”, it all depends on an individual’s first-hand experience in the country.  The video “Marine Life in the Midwest” shows speaker Tegan Griffith depict America as a place where you have the privilege to exercise rights and a place that deserves respect from all of its residents. We can see that both Langston Hughes and Dr. Kendi view America through the eyes of a black man whereas Tegan Griffith is viewing America from the perspective of a white female veteran. These two differing perspectives show through their descriptions of America and how the country affects them. Tegan Griffin states, “I think the American ideal of citizenship is about service to others.” We can see how Teagen believes helping others is what America is about. Through her military service, she has helped and served the nation. Hughes and Dr. Kendi see America as a place that wants to be open and equal like Teagen’s description, but America falls short on that promise. Different experiences are what create different views of this first-world country. This is clearly shown through the difference of opinion between Teagen Griffin and Langston Hughes and Dr. Kendi.

As a young African-American woman, I see America as a place where there is opportunity, but not for all. I view it as a place of freedom, yet those words do not apply to everyone. I feel a strong connection to the texts, “Denial is the Heartbeat of America” and “Let America Be America Again”. I have seen and experienced the ignored problems that keep America from improving and achieving the image it wants to have. Langston Hughes’s words, “America never was America to me” embodies the American experience as a black person. It shows America has never been the place people such as Teagen Griffin portray it as. America and many Americans want to believe that we have improved from its dark history, despite the fact that we are still stuck with problems of racism, sexism, etc. The many years of ignorance and denial is why we have not improved, it is why a police officer can take the life of an innocent individual and walk through the streets free. In our highschool’s the American educational system has classes such as American Literature, requiring students to explore the traditional “American” texts. Majority of these books are written by white males from early time periods expressing their own opinions and views of the world. For example, the critically-acclaimed “masterpiece” The Great Gatsby written by F. Scott Fitzgerald shows us the America of the roaring 20’s from the perspective of a middle-class white man. This novel only shows us the struggle of those who are rich and those who are poor. Actual American Literature includes every perspective that occupies America. Real American Literature is writing that does not only glorify this country, but also shows the subtle issues that are hidden. Overall, American Literature is literature that everyone can at some point relate to. Everyone who resides in America has a story to tell, those opinions and outlooks are what makes America this unique and diverse place with huge potential. However, when these voices are silenced and ignored the real America is shown, the one that has been here since the first claimed “discovery” of America. From social media to news platforms talks of change have been mentioned, even so, we are still stuck in a stalemate never taking the actions or steps to create that change. We know change can be brought, so the real question is when does it start?