What do you value most as an American?

Home What do you value most as an American? 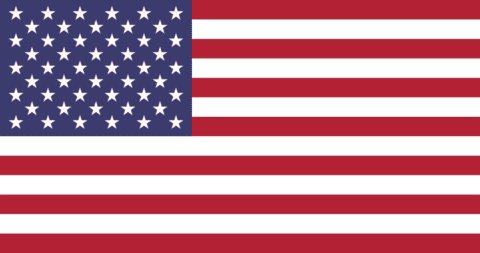 To me, being an American to me only really requires that you are born or live in the United States. There are no restrictions on what race you are, your education or intelligence, what job you have, or even what language you speak (although it helps to know English). Most Americans I would think have some patriotism (especially on the 4th of July) and some might feel strongly about their rights such as freedom of speech or right to bear arms but that’s not really required to technically be labeled an American. There might be some stereotypes for what Americans look like or do such as always getting fast food but that wouldn’t be true for everyone because it’s just a stereotype. Many Americans might fear what is happening politically in the world/country depending on their political views and anytime politics pop up in conversation that conversation can get heated quickly. Quite clearly the greatest challenges America have faced have been the fight for independence and also the Civil War. Fighting for independence against the world’s most powerful military at the time must have been the greatest challenge but the Civil War split the country against itself for a while.

I’ve been reading Dear Miss Breed and it’s made me realize how lucky I am.  The book is about a librarian who is sending books to Japanese-American kids that got relocated during WWII.  It’s sad how they were treated but one quote really stood out to me, “My history teacher told me, don’t worry Yoshio, you are an American, and the constitution will protect you from being forcefully moved.  The next week I told him I had orders to evacuate. He was stunned….” -Yoshio Nakamura (Joanne 43). This quote made me realize some of my most important values I sometimes take for granted.

American culture is so diverse because it isn’t just one culture.  America is a big melting pot so American culture isn’t just one thing, it’s everyone’s culture combined.  If you think of other countries and think of their culture you can think of specific things. England for example, I think of drinking tea and having an English accent.  Scotland has kilts and bagpipes. America has no one thing that I immediately think of.

The things Americans value most are probably our rights.  Get into any political debates about guns and you will see how strongly some people value their rights.  My most valued right would probably be the first amendment and especially the freedom of speech because it is most applicable to me the most.  I know my rights are protected as it says in the first amendment, “Congress shall make no law … abridging the freedom of speech” meaning the only way to change this would be to pass another amendment instead of pass a law and amendments are harder to pass then laws (Madison 1).  I’ll now pass the question on to you; what do you value most as an American?

Hi Michael.
I like how sincere you were when writing this passage. I think it majorly showed when you used your independent reading, “Dear Miss Breed.” I would never thought to use that as evidence and shows how much you learned from it. Like the first comment above, I would like to see you focus more on your statements. For example, you said that, “Many American feared…” This would be a great place for evidence or explain why more in depth! I feel like I needed to be more persuaded in why more people should believe in diversity and patriotism. Overall, great effort!

FIrst, I would like to address that this passage had a lot of context in it, good job. I also like the fact that you incorporated a quote from a book in it, showing your appreciation to the rights and life you have now. I definitely agree how American is a mixed society effectively making it a melting pot. I do notice that there is a lot of jumping around in your passage. You have touched every aspect of being an American, but I do suggest committing to one aspect of American culture and expanding on it so this passage can acquire more fluidity. Right now, it is displayed as a compilation of not yet developed ideas. Once again, I do enjoy reading your passage though.