What do you think when people talk about race ?

Home What do you think when people talk about race ? 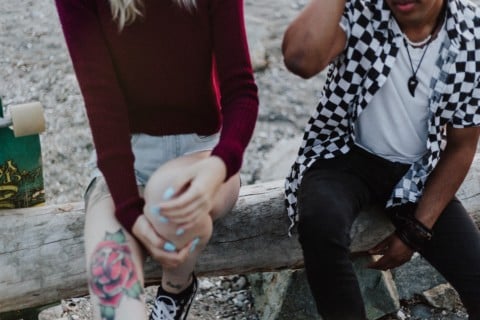 When people talk about race sometimes it may not be a good idea because some people may get offended if someone would to say something that they think is not offensive but the other person will think different. In my opinion I think everyone is the same and doesn’t have to be offended if there talking about it in groups. I also think that people should talk about race to their children because they should know that very one in the world no matter how they look are the same.

An example is: I am Black and have two best friends, one Black, and one white. With my Black friend, we often talk about our experiences of racism and white privilege. But my white friend gets uncomfortable and says defensive things, like “It’s not my fault I’m white.” I understand that she might not want to discuss these issues, but what should I say when she makes these statements? —Anonymous

If she’s your bestie, she has to try to empathize with your experiences. Say, “I know you’re not to blame, but if we’re going to be close, you have to hear my stories and support me–the same way I support you.” That’s what friendship is! Doing better means listening to our friends and neighbors with open hearts, including when we feel guilty and even when we’re in the wrong. (Being wrong just gives us another chance to apologize and get it right.)

A lot of people would like to talk about race racial inequality and the impact of racism but don’t know where to start because there’s a lot of things to say about race.

Dear Lizbeth:
I was very intrigued by your post, “What do you think when people talk about race” because I like that you are interested about these topics and also how open you are to talking about this situation. I think it’s interesting how many people try to avoid making conversation about these types of situations. When in reality people should try to talk about these situations more to be able to understand both perspectives. Talking about these situations can help people come back together and help get equality. I also agree with you that parents should teach their kids when they are young that everyone is the same no matter their skin color. This would help kids learn that everyone looks different and no matter how they look they are still human, and should be treated equally. Thank you for writing. I am looking forward to see what you write about next.
-Litzy