What do you think about robot creatures?

Home What do you think about robot creatures? 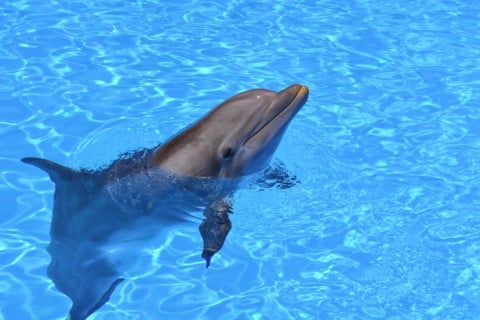 Imagine in the future living, and experiencing robot creatures. A U.S.-based technology firm has developed animatronic bottlenose dolphins that can swim in saltwater and respond to human movements. Those robots can live longer and are easier to maintain than a natural dolphin. All this began by two entrepreneurs in New Zealand were asked to design a Chinese aquarium, They dreamed up another way to entertain animal lovers so that’s how they came up with robot creatures. The designers teamed up with Edge, whose creators developed some of Hollywood’s most recognizable robotic animals, like those in Star Trek and Jurassic World films, to build a false dolphin robot that looks ultra-realistic. One Chinese firm has already committed to loading its tanks with robots, and, likely, fake dolphins will soon be used in other countries as marine parks around the world face pressure to end entertainment with live animals. “Roger Holzberg, one of the designers, told The Guardian, “We agree that it’s time to reimagine this business and that this solution will be more ethical and profitable at the same time.”

Dear Rosa
I really like your post, “What do you think about robot creatures,” because it is interesting in how much technology the U.S uses it to make these robots. I also think that when making these robots they should take them to the opción to find out more about and to see new creatures people never seen before. Although, you mention that they would use these robot creatures in marine parks for entertainment I thinks it’s something good because like that the animal would not be in danger and they could live happily free in the ocean .I really hope to see more of this type of post or if not a different kind of topic I really like all your topics you post .
-lizbeth

Dear Rosa:
I was very intrigued by your post, “What do you think about robot creatures,” because it is impressive how much technology the U.S has to make these type of robot animals. These robot creatures can be something that can help out on the long run. Although, you mention that they would use these robot creatures in marine parks for entertainment. It would have a better use if they used these robot animals to find out more about the ocean or just to help the environment in general. The fact that they are creating these robot animals in marine parks for entertainment is actually a good idea, because that would mean the real sea animals would be able to live in the ocean again and be free. This was a very interesting and great post thank you for writing this and I will be looking forward to seeing what you write about next.
-Litzy