What Do We Stand For?

Home What Do We Stand For? 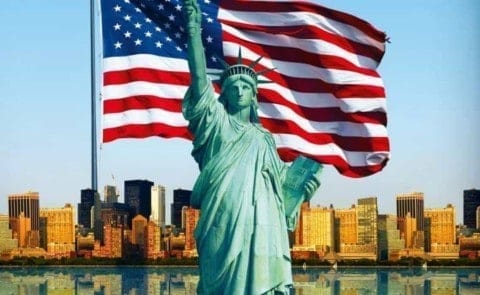 American culture, belief, values, and creed can mean different things to all Americans. After all, they are what you base your individual life off of. However, some of the values that are the most important and the most present in everyone’s lives are equality and opportunity.

Equality has been around as long as America itself. We are constantly striving for it by attempting to make everyone’s lives fair and just. The Declaration of Independence states that “…all men are created equal; that they are endowed by their Creator with certain unalienable rights”(US 1776). The very document that founded our nation has equality as one of its most core values. Even though it has been called into question, this value has never wavered in its significance to our nation. In “What Does it Mean to be American”, Jose Vargas addresses equality in a different perspective of being an undocumented immigrant. He describes his struggles to gain equality in society and equality in the way he is viewed. This shows that equality is present in the lives of people who aren’t documented Americans, but share our beliefs. He explains that even though his papers don’t say he is American, his belief in the value of equality does.

You can’t define what Americans stand for without mentioning equality and opportunity. They have both been here in America’s defining documents as well as current news articles. These values are the foundation that supports the American people.

Hi Daniel! This is a really great post and I think it highlights topics that are widely discussed in the media today. I think America was founded on the basis of being just and equal, and I think it’s something most Americans would consider themselves to be. However, I think that total equality is not something that we have yet to achieve and I think that it’s something many people don’t acknowledge. Not only are minority groups such as African Americans, Asians, and Latinos discriminated against, but women as a whole are also to some extent treated as inferior. Not to mention women of color have it even harder in the work force than women from European descent. I think the diversity in America is something to be noted, we are the melting pot of the world. However, I think we need to reevaluate how we treat people and truly strive to treat everyone equally.

I also think America is about new beginnings, and finding life changing opportunities. I think that is why we have so many immigrants and it’s something that makes us unique. Everyone wants to live the “American Dream” and I think that dream stimulates and charges American society and culture. Our culture is so diverse and so unique, its unlike any other in the world, and it’s because it’s a mixture of literally every other culture on Earth. I think it is right to say opportunity and equality are things that Americans stand for.

I think it should also be noted that in the Declaration of Independence the line, “all men are created equal; that they are endowed by their Creator with certain unalienable rights” is specifically applying to white men and only white men who own a piece of land. I think that while it is often used to express the American view of equality it is a dated example that does not truly represent the America we live in today. I think your article could have been a lot stronger if you included how Americans of all race and background came together to fight for the rights of everyone such as in the Civil Rights Movement.

Tess, I agree that we are a land of diversity and I think that is one of our greatest characteristics. The more different kinds of people you have, the more different viewpoints and approaches to problems you have, too. You are right in that the line from the Declaration of Independence was originally intended for white, landowning men, but I believe that the interpretation of our founding fathers’ words can change as we change. I hope that today, the description of equality set by the Declaration of Independence has grown to include everyone in its scope.

Hi Daniel,
One thing that I think gets lost in who we are as a culture is what you mentioned very last, opportunity and equality. As americans one fundamental question that must be asked is a wether we as a people want a system of equality of opportunity or equality of result. One situation where this is a big deal is college admissions and how they answer this question within the question of American ideals. This article goes into detail about it and is very interesting https://www.naspa.org/constituent-groups/posts/equality-of-opportunity-vs.-equality-of-outcome
I look forward to reading about your future thought on this subject.
Simon

Daniel, I thought you brought up some very good points about what we as Americans stand for. You used good sources and I enjoyed how you pulled out your favorite quotes and even included a part of the Declaration of Independence. I also found it interesting how you wrote about the view of an immigrants ideals of America and how he values equality. I think you could elaborate more on how American ideals have shifted from past to present with success and material and what we value as a society today. I found a link that may help show how we have progressed as action with our beliefs.
http://ic.galegroup.com/ic/suic/ReferenceDetailsPage/DocumentToolsPortletWindow?jsid=b94e46a433951f69bac05066d13340b3&zid=70ad8898f8e5c1cb450a0ca1f4512f49&action=2&catId=&documentId=GALE%7CEJ2181500191&u=ndk12a_58504zbiz
Great piece, keep writing and can’t wait to see what you post next.

Colin, that is a very interesting article. I think it is good that our American Dream changes, because it shows that we’ve made progress. However, I think many previous dreams can still apply today.

Daniel, I would agree fully with the statement that we can define America without bringing up equality. I think that even though the document our country is based upon mainly focus’ on equality, it has been one of our biggest problems throughout history. I also liked the fact you brought up the point of opportunity and how people have viewed this throughout history. The old vision was to get land, freedom, and security and now the vision has changed to getting freedom and materialistic things. Do you think that this is a bad thing? Are we making steps forwards or backwards? Id love to hear back from you.

Shane, I agree that equality has been one of our nation’s main issues in the past and I think that is further evidence that it is one of the values Americans stand for. If we didn’t care about equality, we would not challenge ourselves to improve on it. I believe that the rights of this county shouldn’t be a dream, they should be a reality. I think the American dream should be more about having the opportunity for your work to pay off. Although this may result in materialistic things, they are not the dream itself.