What do children go through during war?

Home What do children go through during war? 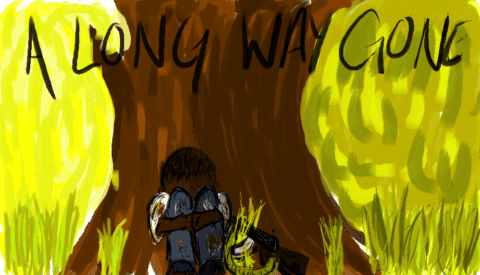 I read parts of A Long Way Gone by Ishmael Beah. The book is about a boy soldier who is involved in war and is persuaded to kill people.

One part of the book that I think is very significant is his brother and friends flee away from the war. On their journey, they realize that they have left their families and have to depend on one another. Through their journey, they suffer from the lack of food and water.

Many people do not know what children go through during war-time.

Realizing that many people who face war in their hometown is not easy to survive and lack food, water, and shelter makes it even harder.

Yuliana, I think you are right.
I read few books about those war kids too. They have to fight, kill and survive wars which they don’t even know why it is for. Sometimes adults injects drugs to those young kids to make them kill. They still have to face poverty and insecure environment.
At least in your book there are people who are willing to provide some food; in the stories I read the things were worse.
I think this is an important issue that needs to be addressed, and I think more people who can protect those kids should care about them. It is important for us to know what kids in the war exactly means.

I thought that your post about what children go through during wartime is very insightful, and is something not a lot of people think about. War can impact someone’s life in a very intense way that makes it hard to see past the situation. I had never heard of this book, but it sounds like it is an eye opener.

For so many families a war is right at their doorstep. Death, hunger, and poverty looms over the people that are victims of war. I like most other people cannot come to comprehend what is like to live in countries at war. But I can say one thing that it leaves nasty marks that last a lifetime. For a family a war is never truly over even if it is on warfront. They must face the aftermath of death and destruction for a very long time. So I do agree with you on the facts that its not easy to survive through a war.