What are we to do?

Home What are we to do? 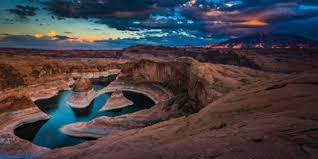 In what way can we make the world better? Such an open-ended question to ask, I know, but it is still something that should be addressed in this day and age. There are many things that are simply put, wrong with the world. Global warming, something that is causing a great deal of economic damage to all beach fronts across the globe. Plastic in the ocean, which is killing the ecosystem and carrying in trace amounts of deadly chemicals that get into fish that we eat. And lastly, as I do not have all day to go other all things wrong in the world, world hunger.

At the point we are now we are not able to reverse the effects of global warming upon the earth. We simply do not have the technology to do so. However together we can at least slow down the rate it hurts the earth. As of now, there have been multiple attempts at cleaning the ocean but all have fallen through. As it is now we should halt sea fishing and focus on freshwater fishing and self-contained fish farms to get fish. World hunger should not be a problem, we have enough food to feed everyone but greed and transportation has halted this. Food is too expensive and most have a limited shelf time.

As seen above the world is in a state of constant crisis just differing on how bad it is between years. A wise man said that peace is simply the time between wars. And honestly, that’s how it feels with the environment. I remember when we had to ban certain chemicals that damaging the ozone layer.

Very interesting, Diego. I agree with what you have said about while there is little way for us to reverse the effects of climate change, we should still help to slow the rate of harm done to the earth. It makes me wonder, like you, “in what way can we make the world better” with so much damage done to the Earth already? I am currently taking AP Environmental Science right now. The class educates me on the environment and how humans interact with it, and it brings up essential questions and solutions you have written about as well. I also liked how you connected world hunger to environmental issues. I think they go hand-in-hand with making the world a better place. I hope to read more from you soon as I find your point of view on this topic similar to my own. I like to see other people thinking the same things I am about the state of the world as it gives me hope that maybe the future has the ability to change.

I like this, Diego. I think what you said about the current state of the earth’s environment is right. Human’s actions have caused serious and irreversible damage to the natural ecosystem of the world. And these changes in the environment will also do great harm to human beings. I think you will like this article: https://www.weforum.org/agenda/2018/01/it-s-time-to-bring-our-planet-back-from-the-brink-together-now/
But I think it’s probably inappropriate to stop fishing in the sea at one time. Because the natural environment has a self-healing function, I think we can selectively and controllably fish the sea. Because it’s not going to damage the environment and it’s not going to put a lot of people out of work and put the global economy in trouble.
Thanks for your writing. I look forward to seeing what you write next, because your point is very interesting and appealing to me. And your essay clearly expresses your ideas.