What Are The Pros And Cons Of The BLM Movement?

Home What Are The Pros And Cons Of The BLM Movement? 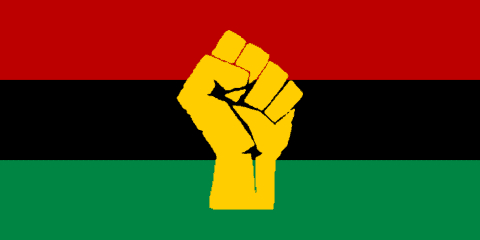 According to author Carly Pabst, she proposes three pros of the BLM movement. Her first pro was that since black people are targeted as prejudice, it has raised awareness. Her second pro was that blacks protested to make the movement stronger. Her final pro was not only blacks supported this group they had support from different race and backgrounds. Carly then states the two cons of black lives matter. Her first con was protest began to turn violent with white police killing black men, and black men killing white police and the news only covering up cops which causes the BLM movement to become more lethal. This is relevant because it shows how when black people take a stand for them self, cops and the government try to put a stop to it to remain dominant. Her final con was because of the movement, groups like the #takeaknee movement and kneeling during the national anthem, was because they didn’t want to stand for a country of hate and racism. https://medium.com

According to our teacher, Mr. Voss, the government should put money into policies that shows BLM. This is because black people are educated and we need to end the stereotype that black people are ghetto. The Con of BLM is people wear BLM shirts but don’t know the actual policies and laws that need to change. This connects to the central theme of the pros and cons of BLM because, put money into policies that shows BLM.

Author Eric Liu says that power is never static. Meaning that “its always accumulating or decaying in a civic arena, so if you aren’t taking action, you’re being acted upon.” This relates to our topic because in the past, there was police brutality and prejudice towards the black community. It was until blacks spoke out about people like Jon Burge, as an attempt to make a change in the government. Police brutality isn’t as bad as it was back then, but it does still exist. This is why the black community is spreading the message that black lives matter.

In conclusion, there’s overall pros and cons to BLM, but we should believe that the movement is a good thing. The facts show that black people didn’t have equality in the past. The BLM movement is a great example of the black community to coming together and saying that this isn’t right. Social media is a great factor of the widespread of the movement. If you have a problem with how our democracy works, instead of just talking about it, contact your local Alderman, city clerk, board of education, ect, to make a change for your community.

If you, or anyone else that you know, has a problem with the criminal justice system or believes they can make a changes with the law enforcement community please, by all means, apply to be a Police Officer. Walk a mile. Show us how YOU, and your friends, would make this change for the better. Trust me when I say that until you’ve done what we have, you will not. That being said, yes change may be needed in areas…perhaps improvements. To me, it seems the people can get the change done if they truly want to. The BLM movement is unnecessary and I feel it’s taking this country backwards. Good luck to you in your studies and be safe.

WAKE UP AMERICA
Reply to  TH

It goes both ways, walk a mile yourself! Before acting as all police officers are good and they always do the right thing. Lets sit back and think are the people you are contacting harming anyone? Is it a minor infraction? Has an actual law been broken? Then think how do you act when you respond to a call or when you stop someone? Are you treating EVERYONE with respect? Are you understanding of the emotions people are going through? You do understand POLICE are NOT there to judge and sentence the person? Right? they are merely there to enforce the LAW, not feelings, not anything else. So if NO law has been broken then make contact peacefully and leave, don’t instigate by talking down to someone or giving unnecessary directives. Be professional, be humble, show some empathy and if you cannot do that find a new job because you clearly cannot handle dealing with the public.
You should not want to be in law enforcement because you were bullied in school or feel like you need to have authority over others. You should want to HELP and make a difference for the GOOD it should not be for MONEY and AUTHORITY. If you don’t have
the drive to make a difference, if you don’t have empathy, if you cannot handle stressful situations, if you cannot understand people have emotions and act on the way they feel or if you don’t understand some people may have mental handicaps and need to be treated a different way then DO NOT BECOME A POLICE OFFICER!!!!!