What are the main issues surrounding the death penalty?

Home What are the main issues surrounding the death penalty? 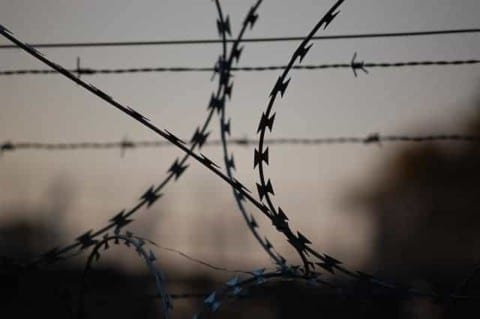 The death penalty has always been an issues because there are so many complications surrounding it. There’s questions such as how prisoners should be killed, where, and if they’re killing an innocent prisoner? Also there seems to be racial targets as well.

“The death penalty is imposed in the United States upon the poorest, most powerless, most marginalized people in the society. Virtually all of the people selected for execution are poor, about half are members of racial minorities, and the overwhelming majority were sentenced to death for crimes against white victims.” It’s hard to read that but it’s the reality. People of color and people who are poor, are really going through hard times.

Many different methods are used in the death penalty to kill. There is the lethal injection, electrocution, gas chamber, firing squad, and hanging. Lethal injection is when an “inmate is injected with sodium thiopental – an anesthetic, which puts the inmate to sleep. Next flows pavulon or pancuronium bromide, which paralyzes the entire muscle system and stops the inmate’s breathing. Finally, the flow of potassium chloride stops the heart. Electrocution is when an inmate is “usually shaved and strapped to a chair with belts that cross his chest, groin, legs, and arms. A metal skullcap-shaped electrode is attached to the scalp and forehead over a sponge moistened with saline. An additional electrode is moistened with conductive jelly (Electro-Creme) and attached to a portion of the prisoner’s leg that has been shaved to reduce resistance to electricity. The prisoner is then blindfolded. After the execution team has withdrawn to the observation room, the warden signals the executioner, who pulls a handle to connect the power supply. A jolt of between 500 and 2000 volts, which lasts for about 30 seconds, is given. The current surges and is then turned off, at which time the body is seen to relax. The doctors wait a few seconds for the body to cool down and then check to see if the inmate’s heart is still beating. If it is, another jolt is applied. This process continues until the prisoner is dead.” These are just two examples of how harsh the death penalty is.

There have been people that were on death row but were innocent and set free. There were also people that were still innocent but still ended up being executed. Is that really fair for those people? “Since 1973, 144 people on death row have been exonerated. As a percentage of all death sentences, that’s just 1.6 percent. But if the innocence rate is 4.1 percent, more than twice the rate of exoneration, the study suggests what most people assumed but dreaded: An untold number of innocent people have been executed. Further, the majority of those wrongfully sentenced to death are likely to languish in prison and never be freed.”

As a society, we really need to come together and see if this system of prison and death row needs to be changed which it does need to be changed. Also imagine being innocent for a crime that you did not commit but are put to death for it.

Chidiogo,
I liked this piece a lot, because it is well-developed and questions the moral implications of one of the most widely questioned legal things in the United States. In my English class we are currently reading Dead Man Walking, a non-fiction account of Sister Helen Prejean’s spiritual advisory to two death-row inmates, both of whom are ultimately executed by electric chair. I would really urge you to read this book, because it’s right up your alley. It is chilling when you say “imagine being innocent for a crime that you did not commit but are put to death for it,” because that is an immensely terrifying statement. To die, and in an extremely painful manner, at that, would be scary for anyone. Thanks for sharing. I think one other thing you should consider is the point of view of the families of victims, because those are the stories that touch the hearts of pro-capital-punishment advocates. At any rate, this was an excellent opinion-piece with a lot of evidence to back it up.