What are the Core Values of America

Home What are the Core Values of America 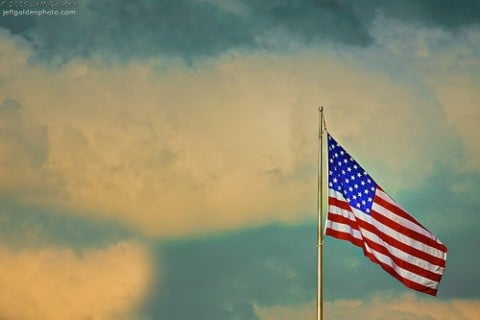 What are American Values? The American Creed is about the pursuit of dreams and happiness.. It has altered with time but it has generally remained the same. It still carries the core values of America and the strong sense of liberty, and justice. These values include, independence, privacy, hard work, determination and equality for all (“What are American Values”) .  Though we haven’t always reached these ideals, we prove time and time again that they are a very real part of our life and culture.

The ideals of the American Creed can best be seen in the American Dream.  The basis of the dream is within the Declaration of Independence. It states “We hold these truths to be self-evident, that all men are created equal, that they are endowed by their Creator with certain unalienable Rights, that among these are Life, Liberty and the pursuit of Happiness.” (Thomas Jefferson, Declaration of independence).  To simplify, our founders believed that we as a people had rights that cannot and will not be infringed upon such as life, liberty and the pursuit of happiness. The dream finds it’s beginning in the “Pursuit of happiness” part. Meaning that anyone can pursue endeavors or act in a manner that fulfills them as a person (as long as it’s not illegal).  The American Dream is the pursuit of success and happiness, this continues to be played upon by the core values of the US. The dream in its entirety states that anybody has a fair chance with enough hard work, determination, and dedication achieve their dreams and goals. This plays into the core values such as, hard work and determination, and equality. The hardwork in working for your dream, the determination to pursue those dreams and that fact that anyone has an equal chance to achieve said dream.

The American Creed has always been made up by a set of ideals that every American follows and lives by no matter who they are or where they came from.  It’s a system that drives us as a nation and makes us work hard as a person. These values include hard work, independence, and determination (“What are American Values”).  This plays into our strong drive for equality. This can be seen in many situations, but the general idea is that “regardless of how important or trivial your need is, your will be treated like everyone else” (“American Culture: The Basics”).  These values are best shown in scenarios like advancing in the workplace, entrepreneurship, and working hard towards a dream. The American Creed is built by these ideals and it’s the cornerstone of all American beliefs and values.

America is built upon dreams of equality, hard work, the pursuit of happiness, and undying drive to be free.  Our culture, belief, and values are built by the ideals our ancestors came here with. We continue to carry those ideals to this very day, and despite never quite reaching that highest ceiling of perfection, we continue and will always continue to push ourselves to reach those ideals.

Amadeo, Kimberly. “What Is the American Dream Today?” The Balance Small Business, The Balance, www.thebalance.com/what-is-the-american-dream-today-3306027.

Kyle, I liked your post a lot. It was very convincing and did a good job of getting your point across. You used lots of different sources and I thought it was good the way you broke down ideals such as the american dream and related them to your argument. I like how not only did you have a lot of sources, but they were very diverse. Overall, I would say this is a well-written piece.