What are American Values?

Home What are American Values? 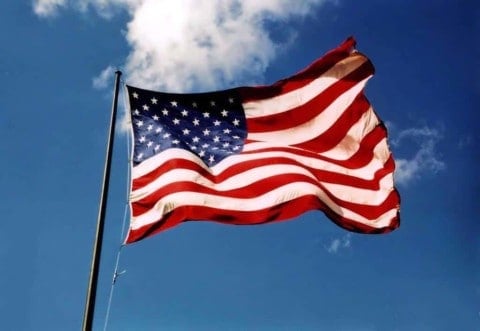 There are a vast amount of values, beliefs, and creeds across the United States that make America the diverse melting pot it is. Although, there are still some core values shared by many Americans and though not everybody may agree with it, they relate to at least some of them. As new immigrants are entering this country and taking a citizenship test, they are required to know about the culture of America and how to fit into society.

When trying to obtain American citizenship, immigrants must take a test to make sure they understand how society in America works and to make sure they will be able to integrate into society. A website designed as a study guide for immigrants included, “U.S. society is made up of a diversity of ethnic groups and cultures that have helped shape American values; Some individuals and groups have a set of respected values that are quite different from those of mainstream America; People’s attitudes and behavior are based on their values” (International student guide). Then, it goes into more detail and lists some of the core American values as individuality, privacy, equality, informality, achievement-oriented, and direct and assertive. These are all core values as most Americans can relate to at least one if not all of these listed by the international student study guide. These values shared by all Americans help shape our culture, meaning the way we think and act and carry on our day to day lives.

Another good example of American culture and values is our own Bill of Rights or the first 10 amendments to our constitution. The first amendment, thought of as one of the most important, is the right to free speech. The amendment states, “Congress shall make no law respecting an establishment of religion or prohibiting the free exercise thereof, or abridging the freedom of speech or of the press, or the right of the people peaceably to assemble and to petition the government for a redress of grievances” (United States Constitution, amendment 1). This is a very core belief of Americans, and it helps separate America from the rest of the world as very few other countries have complete freedom of speech. The Second Amendment is also an important, and now controversial one, stating “A well-regulated militia being necessary to the security of a free state, the right of the people to keep and bear arms shall not be infringed” (United States Constitution, amendment 2). This Amendment protects Americans right to bear arms which some people are beginning to disagree with, though it supports the American idea of freedom which is perhaps America’s core idea.

As listed in the international student guide article, there are a few core values that help shape American culture and the way we live our day to day lives. In the article, “10 Core American Values” by Charles Tidwell, many of the previously stated values are listed along with some others. Tidwell listed individualism, equality, materialism, science and technology progress and change, work and leisure, competition, mobility, volunteerism, and action and achievement orientation in his article (Tidwell, 10 core American values). We see many of these values listed above in the student guide, providing more evidence that these are some of the main American values that shape our culture and how our society functions.

This all proves that even though America is made up of many different cultural backgrounds and influences, there are still multiple core values that define what American culture truly is and what really makes an American an American.

“The Constitution of the United States,” Amendment 1. Accessed 10 October 2018.

“The Constitution of the United States,” Amendment 2. Accessed 10 October 2018.

David, I totally agree with your main points that all people can relate to at least one American value, regardless if they are immigrants or people born in America.

I agree with you that the United States is a melting pot of many different cultures, that are brought by the immigrants that came to this country. I was surprised to find that there was a study guide for the test to become a citizen because does possessing the traits of a loyal citizen really come from how much you know about American history and it’s government?