Were gunshots the only solution to safety?

Home Were gunshots the only solution to safety? 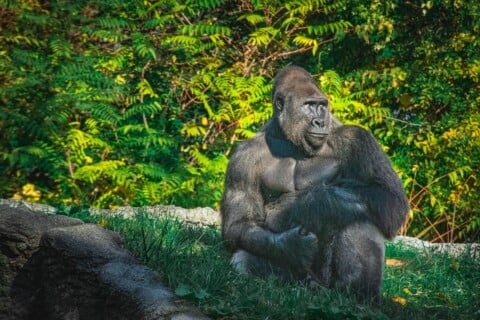 In the article, “The Cincinnati Zoo Gorilla Incident”(BTW), I discovered a debatable subject regarding a child dropping into a gorilla’s enclosure. The animal dragged the child from the leg but, the harm was not intentional. Team members of the zoo took decided to take action to protect the child. On May 28, 2016, gunshots were fired, which led to the gorilla’s death. The child remained unharmed and was soon immediately sent to the hospital, where he was left to recover. After this incident occurred, many debated if the zoo’s team members took the correct action to lead the child from safety.

0
Was the Cincinnati zoo approach to the incident appropriate? x

My opinion about this topic is that there could have been a different strategy to saving the animal and child. There have been former occurrences of children falling into animal exhibits. This situation differs from others because this is the first time in a while an animal was shot dead. Animals specialists suppose that Harambe was attempting to protect the child since he was the alpha and protector of his group so, no harm was intended. I would also like to add that team members could’ve taken a different approach by tranquilizing Harambe.