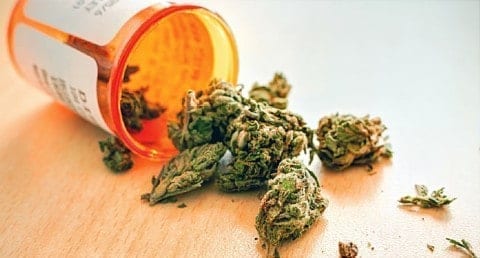 Legalizing marijuana has it’s pros and cons.  Marijuana was first legalized for medicinal use in california in 1996. The black market was still making more money than the legal market and more money than before legalization. Recreational marijuana use and possession by people 21 and older was legalized in the state of California in November 2016. Also,  visitors that are 21 and older can purchase weed or any product that they sell in the store. Although, it is legalized people are not allowed to take it out of California because other states haven’t legalized it and people can only purchase a certain amount.

A pro from legalizing merijuana has a possibility of bringing more money in the U.S. In the article i read Szalvita it was about making sure people dont over use marijuana and use it for the right purpose “No scientific evidence demonstrates an association between the amount of money governments spend on drug law enforcement and rates of drug use. And some nations like the U.S., which spend the most, have among the highest rates of drug use.” (Szalavitz)

The con of marijuana is that although it is not scientifically proven that is harmful it can be addicting and people are starting to consume it more each day.  “Because many recreational (relating to or denoting drugs taken on an occasional basis for enjoyment, especially when socializing) Marijuana laws have been passed so recently, we do observe limited post-treatment data for some of these states,”(Howard) This is stating that they prescribe it but the do check for overuse and use for different purposes. So they are being responsible on how they released the weed for medical use because people to try to get it to just sell. Also it has limits on how much weed people may use.

Some negative is that people can get addicted to weed and it comes with big consequences like people can just want to spend all their money on weed and makes them go broke and they can end up one the streets.

In sum legalizing weed comes with pros in cons with it so people have to make sure if it’s for medical purposes then use it that way and people just keep track of how much people smoke.

Dear Christopher,
I appreciate how you address the positive and negative aspects of marijuana. Now that marijuana has been legalized in some states, it is still a controversial topic. When talking about the pros of marijuana, a sentence that stood out to me was “the possibility of bringing more money in the U.S,” I did not think about the demand for weed and how it can increase the economy in California. On the other hand, the cons were that marijuana can be addicting and serve as a gateway drug to other intense drugs. My question to this is how can we keep track of who uses it for the right purpose and who doesn’t.
Best,
Estefani

Hi Chris,
My name is Isabella and I am a student at San Jose State. I think you are shedding light on an important topic. While marijuana is now legalized it is still a very controversial topic that many debate on to this day. I really commend your work based on the fact that you remained very neutral. You explained both the positive and negative aspects of marijuana intake. A sentence that you wrote that stood out to me was “a pro from legalizing marijuana has a possibility of bringing more money in the U.S.” This gave me a completely different perspective as to how marijuana is so much more than “getting a high.” The sales of marijuana could indeed have an affect on the California (as well as other states) economy for its demand recreationally and medicinally. You also brought some awareness to me that there is no scientific data to prove that is harmful. I am curious to know if there is any current studies to prove that it is harmful aside from the fact that it can be addictive and can be a gateway drug. From what I have heard, I know that it can provide medicinal benefits. All in all, I appreciate this piece and I cannot wait to see what you write next.

Dear Chris,
My name is Ceillea and I am a current student at San Jose State University. I admire how you controlled the topic of marijuana in both positive and negative views. I find it interesting how you find that marijuana drives more cons than pros, but I am sure many others have different perspectives. I myself feel that marijuana is used on a daily basis in and out of California and that the illegal or legal substance use has no difference in people’s perspectives of drug use. However, I do appreciate how you explained both the pros and cons to marijuana use. For example, as you stated that “the use of marijuana in a legalized state like California promotes higher sales in drug purchases”, I find that this is also true. As this substance use is legal to purchase for those of 21 years of age or older, I find that there is in fact a higher demand in marijuana use than for those who are unable to purchase legally out of California. I personally feel that from my own experience of locating the difference in drug purchasing prior to the legalization versus today is that marijuana is much easier to purchase and use. I also think that as marijuana is more legal, it’s not much in demands as opposed to when it was illegal and harder to purchase without law enforcement being involved. I also feel like the issue of marijuana was one of many reasons where arrests began. I found it in the past that law enforcement generalized marijuana users to protect the community from such usage, effecting the safety for citizens. I found on in an article that about 15% of founded marijuana users were convicted of drug use and selling illegally were black and Hispanic (Golub, Johnson, and Dunlap 2007). Issues of arrests also connected to the illegality usage of marijuana causing higher numbers of arrests convicted of marijuana use or selling to a total of 67,088 cases in NYC within the year of 2000 (Golub, Johnson, and Dunlap 2007). Overall, your post gave me insight on current convictions being lessened due to the legalization of marijuana in California compared to other states such as New York. As California legalizes marijuana, we face fewer cases of marijuana convictions and more cases of police brutality unfortunately. Although this is a different issue to your standpoint, I know that police brutality is another case worth mentioning!
Thank you for an inspiring post Chris, Take care!

Dear Chris,
My name is Kasey and I am a student at San Jose State University. I found your blog post very interesting. I can appreciate your ability to look at the positive and negative sides of legalizing marijuana. I agree with the legalization of marijuana for people over 21. So many people have been incarcerated for using marijuana and it is truly sad. Also the medical benefits of marijuana are amazing, I have seen it first hand. In regards to your statement, “Some negative is that people can get addicted to weed and it comes with big consequences like people can just want to spend all their money on weed and makes them go broke and they can end up one the streets”. I can agree that some people are incapable of mantaining motivation and work ethic while under the influence of marijuana, however, many people who use it medicinally and recreationally can still maitain a normal, productive life. I also just wanted to provide some further information regarding a comment on your blog, I went to the CDC.gov website and they provided information about overdosing. The CDC states, ” A fatal overdose is unlikely, but that doesn’t mean marijuana is harmless. The signs of using too much marijuana are similar to the typical effects of using marijuana but more severe. These signs may include extreme confusion, anxiety, paranoia, panic, fast heart rate, delusions or hallucinations, increased blood pressure, and severe nausea or vomiting. In some cases, these reactions can lead to unintentional injury such as a motor vehicle crash, fall, or poisoning”. Here is the link to some frequently asked questions regarding marijuana use https://www.cdc.gov/marijuana/faqs.htm
Thank you for such an informative post!

I appreciate the view you have on this. I personally favor legalization, but I fully understand the pitfalls a lack of planning can bring on society. We still do not know long term effects, potency levels have increased, the amount of nutrients that are put into them have increased and the way to tax it still isn’t clear. But, resources that were being used by the police to criminalize personal use can now go to actual policing, so that is a positive.

Dear Chris, I appreciate you looking at both sides of the debate of whether or not medical marijuana should be legalized. You do bring up some really strong points in your original post. I do have to ask you about how marijuana should be tracked for consumption. How much should we control depending on what people are using it for? For example, should we allow people who use it for healing purposes to buy more than people who use it just for recreational purposes? How do we make it fair and if it should be prescribed, what should it be prescribed for?

I would love to hear about what you think about these questions that I am posing. Please reach out at your own convenience.

Dear Christopher, thank you for your points and evidence. I like your source that cites the effect legalizing weed can have on the economy. Your writing includes some pros and some cons, but I would like to see if you could turn these points into an argument. Some examples include, “Should the required age to buy weed be raised or lowered?” or “Should there be stricter or looser conditions to buy weed?” I would like to see if you could use your points and evidence to argue toward a specific question if you find any you are passionate about. Good job! Sincerely, Austin Hizon.

Dear Christ, I agree with ou and the way that you explain how weed has been legal for the state of california but I don’t understand Where did you find that quote and what it does mean?. something you need to work on is on capitalize your I because in some of the scentences you didnt also to have more evidence like were did you find it but for the rest its fine and I want to tell you that you did a good work. scincerly, Victor Gonzalez

Dear Chris, thanks fro writting, but I respecctfuy disagree that having weed legalized could have more cons tha pros. For example, weed can cause people to die or even do crazy things. While doctors try to find out how to make people not overdose from weed, thousands of people would have died before the doctors find an answer. Have you ever thought about how mant people die each year because of weed? Sincerely, Cesar Sanchez.