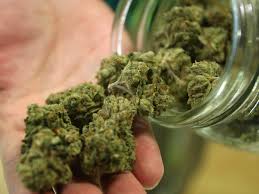 We choose the topic weed legalization because the percentage of weed users are 6.7%. In 2007, 2.1 million people smoked weed. By legalizing it , it would increase the wealth in poor neighborhoods and most likely to decrease crime rates.

We think weed legalization in the Chicago community will benefit the community because it will decrease the crime rates and other crimes. Other people argue that, “legalizing weed in the Chicago community can have an negative effect on people in the communities”. According to Kevin Samet , founder and president of Smart Approaches to Marijuana, weed can have a negative effect on the citizens. This shows that it can have a negative effect because it can increase the robbery rates and more people can get robbed by people that really want to sell weed but don’t have the resources to sell it so they’ll go take somebody else weed and or money. Weed doesn’t always have to have a negative effect, they’re some positive effect also. It would be legalized and its kind of like a job, legalizing weed would increase the wealth in poor neighborhoods, such as Roseland, Englewood, Dearborn’s, etc.

According to a time article, by Sarah Burnett published on May 4,2019. The weed money would support mental health, education, and law enforcement grants, and awareness. This connect with our topic because legalizing weed can help the communities that really need help and the poor neighborhoods. For example legalizing weed can give back to those that went to jail for weed cases and it can also give people second chances. However legalizing weed would be a benefit to our community because most people on the south side of Chicago smoke weed and sell weed also and they wouldn’t have to worry about drug wars with policies.

Author Eric Liu’s states that power compounds. This is “power compounded” because it give power to the people with power and it also gives power to the powerless. By legalizing weed it will decrease the crime rates and war on drugs with policies. Legalizing weed will increase the population of people that use it. Looking at the Government, the local or state legislative branches can legalize weed for smokers that’s 21 and smokers that’s above the age of 21.

In conclusion, legalizing weed in Chicago will help decrease the war on drugs. It will also most likely slow down the violence in the Chicago poor communities and give wealth to that community. Weed is already legalized in the Chicago, but you have to have an ID card and at least has to be 21 years or older to have the card and smoke weed legally. Weed can be used for medical reasoning, there are at least two active chemicals in weed that can have medical applications, cannabidiol (CBD) and tetrahydrocannabinol (THC). CBD and THC can relieve pain. Weed can also be negative because it can cause laziness, memory lost, slow down learning speed especially if used before the age 16. So if students are talking about legalizing weed at your school, then you should do research on weed legalization. If you agree with me, you should support weed being legalized.

Cool post man! I would have to agree on most things you said. There is no reason to outlaw a substance that does not pose any risk. For more info check this out. https://www.dea.gov/drug-scheduling

This article definitely caught my attention because it was a viewpoint I haven’t had the chance to hear from before! Your article was overall logical, detailed and persuasive. I was especially surprised at the part where you mention “This is “power compounded” because it give power to the people with power and it also gives power to the powerless. By legalizing weed it will decrease the crime rates and war on drugs with policies. Legalizing weed will increase the population of people that use it. Looking at the Government, the local or state legislative branches can legalize weed for smokers that’s 21 and smokers that’s above the age of 21.” Not only would legalizing weed help benefit the economy but also decrease the crime rates. You might find this article interesting “https://www.heritage.org/crime-and-justice/commentary/why-we-shouldnt-legalize-marijuana” because it provides a different viewpoint. I am excited to read more of your work!

I think the legalization of weed can do a lot to fix our justice system by getting rid of possesion and distribution charges and economicaly speaking it can a huge benifit adding more industry to aggriculture and the medical field.

I agree with this because th drug is already used for medical purposes and no one person has ever overdosed.

I think weed should be legal under certain circumstances. Depending on the person.