We No Longer Stick Up For Each Other

Home We No Longer Stick Up For Each Other 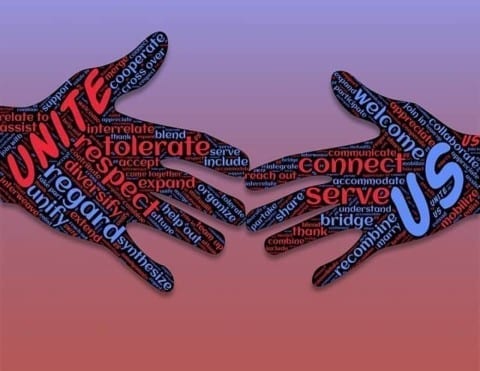 These past few months have been very difficult for the Citizens of the United States. Many of us don’t think the United States are very “united.” There have been many riots and protests that have been caused by the Presidency with Donald Trump. We no longer stick up for each other and are constantly at battles with one another for our own opinions. Why can’t we be united again?

“Americans never did agree on fundamental issues, and North America is really comprised of 11 distinct cultural regions which battle for political and social supremacy constantly.” We are having not only political issues, but cultural as well. The United States has seen more worse days than this, but will we come out on top again. “It is possible to view the United States and Canada as being comprised of various cultural regions. These regions bicker and disagree on major issues and fundamental values constantly. The rough edges between them has given American culture its greatest works and distinct tone. But can this union, or any union so conceived, long endure? Perhaps, perhaps not.”

We need some way or someone to come along and help us improve our situation. This country will continue to keep fighting until we all have something to agree on. Trump is not helping out our political situation and the amount of discrimination going on within the US is ridiculous and we need to fix this problem before it gets worse.

I also don’t think that we all need to agree on something. It’s important to have different views in order to have an open mind. I would be interested to hear what you think about this article, which argues that the United States have never been divided. https://bigthink.com/scotty-hendricks/why-is-the-united-states-so-divided-simple-it-was-never-united-at-all

Brooklyn,
You make some very important claims in this post, but without many facts to back it up. Next time, I suggest sprinkling in some evidence to support this idea. In addition, it might be beneficial to add something more than just an opinion, like give suggestions for remedies of this issue or identify other causes. It’s a good start though.

Dear Brooklyn
I am concerned about your post because it’s impacting people and children all over the United States. Also many of us are against Trump because he’s tearing apart families that have struggled are their lives and are still going through tough times.
One sentence you wrote that stands out for me is: “ We no longer stick up for each other and are constantly at battles with one another for our own opinions.” I think this is true because many people are arguing on who’s side to be on and it leads to violence.
Another sentence that appealed to me: “ We are having not only political issues but cultural as well” This stood out for me because it’s very typical and I see it every day. I see it on the news, and I see it at school when students start to take on negative influences and use it.
Thanks for your writing. I look forward to seeing what you write next because it connects to my daily life and it impacts children and older people all over the world.

What steps do you think we can take to change this? Is it possible to fix? How can we do it locally? Globally?
-Lexi

I don’t believe it’s a matter of America needing “someone” to fix our problems. I believe racial issues grow within households, and communities first. There needs to be more conversations about how everyone has their own personal biases, and can sometimes begin to believe stereotypes that their family or society has breed them to believe. The United State’s upward mobility is a low 7%- meaning there is a gap in the distribution of economic and academic opportunities. Statistically families of color are more likely to live in lower income neighborhoods, which limits their children to schools within a zip code rather than their academic abilities. White families are usually in more middle and upper class neighborhoods so they are not subjected to lower qualified schools because there is usually more funding put into the schools near them. If a family can not afford private schooling, then they remain stuck in this cycle. Education is the key to solving inequality, but if there is no adequate access then there is no permanent solution.

This is such an important topic to talk and write about. American’s these days especially in the political atmosphere seem to be butting heads more often than not, causing extreme tension where there should be unity and hard work done. Our political parties in the past year have grown further apart, instead of standing together. Today, the factor of political correctness is what both parties try to “one up” each other on. I watched a Ted Talk on how to be emotionally correct, which I hope in some way can show the compassion that is direly needed in this country. https://www.ted.com/talks/sally_kohn_let_s_try_emotional_correctness

Thanks for writing about this topic. It has been on my mind lately. America is getting more and more polarized, especially over political issues. The divide between liberals and conservative is getting scary. Compromise is a thing of the past, especially in the lawmaking bodies of the US. The senate and house of representatives can’t get anything bi-partisan done these days, as most people vote on party lines. I saw an interesting TED talk about how we as a society can heal this divide. https://www.ted.com/talks/jonathan_haidt_can_a_divided_america_heal