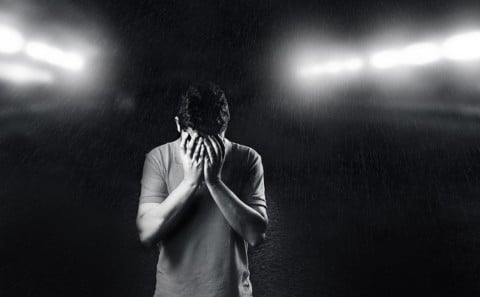 We have many issues we face today in this world, but one thing in particular is very overlooked. That issue is sexual assault against young boys and older males. Some think that men are supposed to be strong,” be in control,” but that’s not always the case. In order for some to realize men can be raped they need to understand men can be vulnerable just as much as women.

”1 out of 10 rape victims are male.” That may not seem that much but it is. Sources say by the age of 18, 16% of men had experienced sexual abuse. The number of reported sexual assaults annually is 12,000. ”In reality that number is way higher, the actual amount a year is about 60,000.” The numbers show that this is a bigger issue than its lead on to be.

Men are afraid to come out to the world with their story. It’s not “normal” for men to be raped. Well at least that’s society’s view. We don’t allow ourselves to believe that this could happen to as many men as it does. People are so close-minded that men go through this and deal with it everyday by themselves cause they’re to afraid to tell their story to others.

This is a very big issue that needs to be handled. We should expect the unexpected. To realize most things that happen to females can also happen to men. Men should be able to know they are safe with coming out with their rape story and not be told they’re lying.

Thank you for the feedback. Yes this topic is not as big as rape in general. I understand female rape happens more so then male, but we shouldn’t leave them out. I know so many people when they hear the word rape they think female, which makes since, but we should think of the males as well.

I am interested in your post because males being a victim of rape is not very common and a very interesting topic. This topic is not really a big problem rape in general is a real problem. Before focusing on the male victims we should focus on all victims of rape.

One thing that you said that stands out for me is: “1 out of 10 rape victims are males” I think this quote is interesting because that means 9 out of 10 victims are females. In society today people make fun of rape like its a joke but I know two people in my family and rape is no joke. People who joke about this topic have no idea to have someone close to them a victim of rape. I agree with this topic strongly and should focus on general rape.

Hello Amber, my name is Zane and I love that you made a post about this “unspoken” issue in the world today. I enjoy that you had brought statistics into this to provide a image inside the reader’s head. Though if you cite your sources then individuals could take this passage more seriously. You stated, “Men are afraid to come out to the world with their story. It’s not “normal” for men to be raped.” I believe society as a whole want to make everyone seem as a victim except for men such as, women claiming they don’t have equal rights but it’s rude if a man doesn’t pay for the meal.

Thank you for your feedback! I will male sure to add the cites that I got my information from.