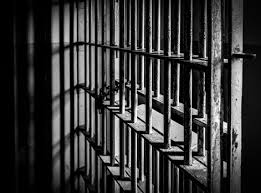 Wrongful convictions happen more than you may think and there are many ways that cause it. Someone who has been wrongfully convicted means that they were arrested and punished for a crime they did not commit. We have recently been able to DNA test people to see prove if they are innocent. The Innocence Project says, “Wrongful convictions have revealed disturbing fissures and trends in our criminal justice system”. There are many more cases on wrongful convictions because we haven’t always been able to DNA test people. With the cases reported with DNA exonerations, there are many mistakes between factors of race and class.

Our criminal justice system is needing repairs because there have been common causes collected based on wrongful conviction cases. A major cause is eyewitness misidentification. Our minds don’t remember exactly what we see or hear so eyewitnesses are not strong pieces of evidence but we still use them in cases. Forensic analysts will sometimes testify without proper scientific reasoning for their findings. They make inadequate assessments about their findings and share them. In some cases, innocent defendants say false confessions. Michigan Law says, “Confessing will be more beneficial to them than continuing to maintain their innocence”. Another cause with weak evidence can be done by the government when they misconduct and convict a defendant with no clear proof. Often, there are paid snitches, outside the jury, that testify in return for their testimony. There is also the chance of having a bad lawyer who fails to investigate, call witnesses, or even to prepare for trial which causes the conviction of innocent people. There are many ways someone could be convicted wrongfully and we need to get a grip on what we are doing and continue to find ways to help our system.

A major wrongful conviction case was the Central Park Five. In 1989, five teenage boys were wrongfully convicted of assaulting a woman in New York’s Central Park. In 2002, the Supreme Court decided to vacate the conventions of the case but found that the DNA from the evidence matched a man who wasn’t one of the five arrested thirteen years ago. All five of the guys were exonerated but this was a devastating case because they were all around the age fifteen when they were arrested and had now lost nearly half their lives in prison. The wrongful convictions our criminal justice system cause is a very big deal. Being innocent and thrown into jail for something you didn’t do wastes a person’s life. The mistakes we make come from a lack of evidence and from not being prepared to fight for an innocent person. We need to step up our game and focus on stopping the wrongful conviction of people.

HI Audrey! This is super interesting and well thought out! You lay out the facts really well and everything you say you back up with facts. Also the topic intrigues me a lot, so thank you for educating me on that topic. Here is an article that I think you might like. https://www.innocenceproject.org/