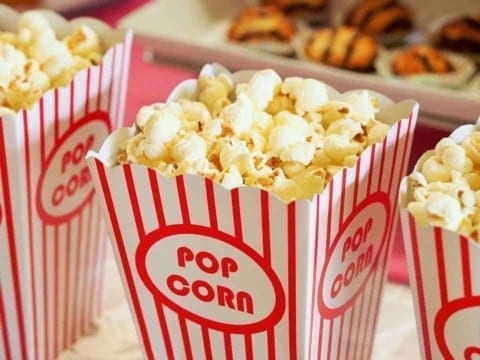 My dad always did not let me eat popcorn. My whole entire family did not eat popcorn even in cinemas. It was because most of the corn that were used for popcorn were GMOs.

As I grew up I got to be on the same side with my dad. Well eventually I turned out to not like popcorn – and I do care about GMO products. Sometimes it is struggle for my family to find products with no GMO in it. We are in the world surrounded by GMO nowadays.

Let us start with what GMO is. A GMO (genetically modified organism) is the result of a laboratory process where genes from the DNA of one species are extracted and artificially forced into the genes of an unrelated plant or animal. The foreign genes may come from bacteria, viruses, insects, animals or even humans – according to IRT(Institute of Responsible Technology)

The debating powers of agreement and disagreement towards the use of GMO products are very firm about their stance.

People who agree say that the studies had already proven that GMO is not harmful. It helps farmers to struggle less with problems that occur with farming like crop diseases or malnutrition. And GMOs are bigger, better in taste, and easier to keep than the original crops.

People who oppose GMO consuming say that nothing has proven. This is a recent technology that has a potential of affecting genes of consumers. Also there were some studies that concluded GMO is harmful for human brain and such.

So it depends on you – whether you are going to buy them or not. But one thing is for sure; if you are the one who believes that GMOs are harmful, you should at least have the right to know what product is GMO or not. Regardless of your belief, labeling those products should be considered the consumer’s rights that the government should be aware of.

I believe it is right to label GMO products. It is a controversial issue, and there would be many people out in the world who thinks like me or my dad. We always had our products labeled with basic ingredients, and the nutrition table is always printed on wrappers. Why not about GMO?

If you want to know whether you like GMO or not, check out

http://www.slate.com/articles/health_and_science/science/2015/07/are_gmos_safe_yes_the_case_against_them_is_full_of_fraud_lies_and_errors.html ; that supports the use of GMO, or

http://www.labelgmos.org/the_science_genetically_modified_foods_gmo ; which opposes the use of GMO and supports GMO labeling.

Great writing! I personally love popcorn and don’t really put restrictions on my food that eat. I see where you are coming from with how GMOs could be harmful, but I couldn’t live without popcorn.

Hi Jee,
I agree with your argument that we, the consumers, should have the right to know whether or not an item has been genetically modified. In the US, it is currently legal, and even encouraged, for farmers and other food producers to use GMOs. I find this confusing because in many other countries the use of GMOs is frowned upon, and in some, illegal. There is a lot of controversy right now whether or not GMOs should be used, especially with the ever growing popularity of organic foods. You should check out the book “The Omnivore’s Dilemma,” where the author, Michael Pollan, acknowledges many different aspects of the food producing world, including the use of GMOs.