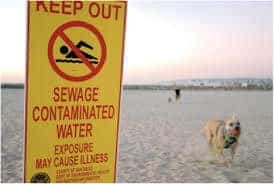 When people think of water pollution most think about factories dumping there by product into the water but, that is not the only way the world’s water is being contaminated. Water pollution ranges from medical pills particles being flushed down the toilet to having a smoke break during lunch time. When you consume medical pills and it goes through your stomach and comes out at the other end they are still particles from the medicine that has not been all the way digested from your body so when you used the restroom the water in the toilet gets tainted with medicine particles. This is bad because scientists are finding medicine particles in the water fish live in and it is changing the DNA of the fish which is abnormal according to Harvard Health Publications. When people smoke a cigarette they don’t even realize they are harming the water but they are. Smoking has more than four thousand chemical when lit so when the smoke rises to the atmosphere to create clouds then rain the water contained in the cloud is tainted with the chemicals from the cigarette causing a wide spread of pollution to wherever it rains concentrating in pools of water. People should fix there own way of pulsation before they criticizes factories for dumping because its hypocritical to for people to tell factories to stop polluting when everyone does it.

What kinds of thing do you think every one can do to help prevent pollution?

Wow great work! I had no idea that this was such a big issue! I think you could be a little more informative though, you have good content but I would suggest adding in some evidence with its source. Also instead of asking how we can solve this is issue maybe suggest a solution as well.

Quan, I agree with your point and it is very important that people acknowledge this problem so we can fix it as a team. It is a very serious subject that should be fixed because it can be very harmful. Great work! Keep it up