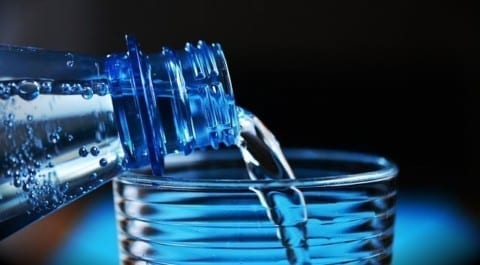 In the past decade or so environmental issues have been put under a microscope by a population that isn’t just aware, but educated on the issue. As trash continues to grow and swell in our ocean, people have begun to wonder what is the most effective way to cut down on the most common thing seen in the ocean that also manages to be nearly un-biodegradable for over a decade, plastic. Plastic forks, straws and bottles, just to name a few, are under fire for being a non necessity good that we can cut down on. Plastic bottles are not only generally unnecessary but also something that we can rid of and greatly reduce the steady rise of plastic in the environment.

There are nearly 50 billion plastic bottles consumed every year, of which 30 billion come from the U.S. annually. Water bottles are made of completely recyclable polyethylene terephthalate plastic, however these plastics don’t biodegrade they photodegrade, which means they break down into smaller fragments over time. Those fragments absorb toxins that pollute our waterways, contaminate our soil, and sicken animals. Also plastic bottles contain Bisphenol A, which is used to create the clear and hard qualities. This chemical is also an endocrine disruptor which has been proven to be hazardous to human health and cause cancer in some cases. Plastic detritus is a plague upon our environment and our output of these materials needs to be slowed indefinitely.

It is clear that plastic bottles are something that causes massive environmental problems. This is often overlooked, however, for their large part in the economy. Even though a staggering 1,500 bottles are consumed every second, it is hard to imagine that there is an end in sight unless people either choose to cut down on plastic use or are forced to by legislation. If a population can commit whether voluntarily or be forced to cut down on usage of plastic and other raw materials, tangible efforts could be just around the corner.

James you brought up some great points, water bottle consumption will probably not go down unless some legislation is passed. I kinda already knew plastic bottles didn’t biodegrade but I didn’t know they photodegrade (or what photodegradation was) before reading this post. If legislation is passed to cut down on plastic usage through a water bottle ban pollution should greatly go down (and people would have more money in their wallets) so the pros seem to greatly outway the cons.

Great job on the post James. You did a good job at providing factual evidence for the issue and using scientific understanding to further add to your point. You bring up reasons that I did not previously know like the plastics in the bottles being endocrine system disrupters. I have to agree that legislation is probably required because as much as people want to support this issue, mass amounts of people are still numb to the problem of plastic bottles. Overall, good use of fact based evidence and incorporation of the scientific reasoning behind the issue of plastic water bottles.

I enjoyed your essay, and felt you used good resources