Was it worth it?

Home Was it worth it? 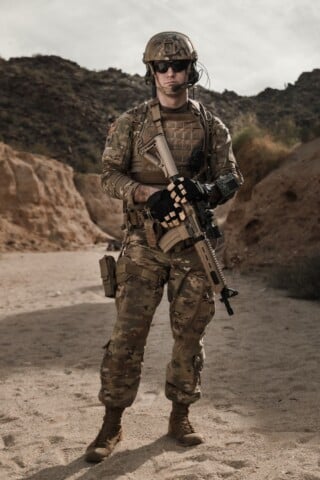 When talking to anyone over the age of 30, any question about 9/11 can be precisely answered with overwhelming detail. People vividly remember the attacks on American soil; however, they tend to forget this tragedy was followed by more pain and suffering by a drawn out war in the Middle East. When the United States first arrived in Afghanistan in 2001, the main goal was to exact revenge on the group behind the 9/11 terrorist attacks; however, American troops remained in Afghanistan far longer than necessary causing more harm than good.

On 11 September 2001, two hijacked planes hit both World Trade Centers and one plane hit the Pentagon prompting the U.S. government to attack the terrorists responsible. In response to the attack, President Bush assured, “the Taliban will pay a price,” cementing the American invasion of Afghanistan as a retaliatory strike for the lives lost and lives changed as a result of the actions of the Taliban (Zucchino). Just days after the 9/11 terrorist attacks, President Bush authorized, “the use of force against those responsible for attacking the United States of America…cited by the Bush administration as legal rationale for its decision to take sweeping measures to combat terrorism,” justifying American intervention in Afghanistan as revenge for attacks on America and aligning with the newest belief of the American people: justice (“The U.S. War in Afghanistan”). The terrorist attacks of 11 September established the long held idea that after such a horrendous attack, America must fight until any threat is completely eliminated.

Not long after the initial invasion of Afghanistan, military and civilian alike realized that in order to effectively eliminate the threat, terrorist groups must be uprooted and a new type of society would need to be instituted. The primary mission of the involvement in Afghanistan was accomplished as, “Al-Qaida hasn’t been able to mount a major attack in the West since 2005,” indicating troops were able to halt the advance of terrorist organizations in the Middle East (Knickmeyer). Despite American troops’ efforts, the second phase “a grace period for Afghanistan’s government, security forces and civil society to try to build enough strength to survive on their own,” did not end as they had planned; instead, the “second phase of the war…looks on the verge of complete failure now,” (Knickmeyer). Much progress had been made as American and allied forces diminished groups that had terrorized foreigners and Afghanis alike, but the failure to strengthen a modernized Afghanistan undid this progress and opened the door for a new wave of tragedy. As a result of a prolonged stay in Afghanistan, there was more conflict involving Allied troops, Afghani citizens, and terrorists that did little to change the reality that the U.S. could not mold Afghanistan to be the modern country it desired. In the end, prolonged involvement in the Middle East caused senseless death and pain that no longer promoted the success of the mission.

I completely agree with your argument. While the original plan was for “justice” and to “mold Afghanistan into a more modern society” as you said, we remained in Afghanistan for too long and there was an unnecessary conflict because of it. I would’ve loved to hear more detail about what the US did in Afghanistan because you did such a good job at describing everything.

I think you did very well with wording and specific ideas that tied together your whole idea very nicely. I loved your focus on a more under the radar example among today’s younger citizens as you led with “anyone over the age of 30” highlighting the need for attention and focus from adolescent American citizens. I think how you mentioned the phases and the overall outcome from them, you could dive a little deeper into specific details/happenings (ex recent evacuation from Afghanistan) that came from attempting to leave and the struggle to get out, just flushing out how terrible everything ended.

I agree that American troops overstayed there welcome by a long time. Most younger Americans are taught about how 9/11 effected the U.S., but never how we then affected the middle east much more.

I agree with you, many people especially the younger generation aren’t well informed about the events that happened after 9/11. Many people have died who didn’t deserve it and it makes you wonder if our government made the best decisions and choices regarding the events after 9/11.

I think this post was very well worded. It didn’t take away from the tragedy of 9/11 but still examined the consequences of what happened after it. I do think that killing Bin laden and taking out Al-Qaeda was a good thing, but after that, our stay in Afghanistan didn’t have a set reason. Hundreds of innocent people died in a war that had no reason to continue besides the selfish desires of the United States. I thought this was a super well-written post, and you did a great job of actually telling the audience what happened.

Your writing brought out a lot of different emotions. It was extremely well written, so I was definitely drawn in. The title was awesome because it was the article that stood out to me as I wanted to know the answer, was it worth it? I definitely think that a lot of harm was being done, definitely more than good. This was a great piece to read!

I completely agree with your argument. While the original plan was for “justice” and to “mold Afghanistan into a more modern society” as you said, we remained in Afghanistan for too long and there was unnecessary conflict because of it. I would’ve loved to hear more detail about what the US did in Afghanistan because you did such a good job at describing everything.

Mary,
I totally agree. The US was justified in their actions to take out Al Qaeda. It was when we decided to start “nation building” and rebuild Afghanistan is when the US got too involved. Trillions of dollars and countless lives were lost in a mission that very few American’s supported, and it took less than a month for country the US spent years trying to fix to collapse once we no longer wanted to stay involved.

A very well written argument. I agree with your sentiments as well; I have seen many deployed in Afghanistan and I’ve seen military families torn apart because of it. There was conflict without no real goal. After 9/11, president Bush had a vendetta, and we were stuck completing it for two decades.

This is incredibly well-written. I really enjoyed the description of 9/11. I’ve heard the story a million times but I like how you focused on the aftermath and speaking about what President Bush intended to do after the attack. I would have loved to read more about what we were doing in Afghanistan in detail and maybe a few positive effects of us being there, even though I do agree with you that we were doing more harm than help.

I completely agree especially with your specified wording with your thesis “ prolonged involvement in the Middle East caused senseless death and pain that no longer promoted the success of the mission”. It is also respectfully stated. Not all the blame lies on one group or another but rather everyone no matter the country as a whole.