Wars From the Outside

Home Wars From the Outside 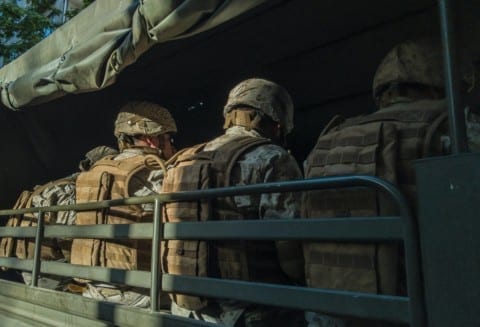 In the article, “What Now in Syria?” by Patricia Smith, Donald Trump’s decision to have U.S. troops leave northeastern Syria caused conflict in members of Congress as Kurdish militias were left in Syria at war alone, regarding the fact that they fought with Americans against ISIS.  It is informed that the war in Syria has been ongoing since 2011, due to Assad’s regime against rebel groups looking to expel the dictator from position to Islamic terrorist groups like ISIS.  The U.S. had to be involved due to the rising threat of ISIS, which they want at all costs to prevent from occurring in the U.S. Trump made this decision to keep the U.S. military from war, however opposing countries, like Turkey, saw the pullback as a sign to invade Syria.

This recurring war is a depiction of how the U.S. military has an effect on outside countries.  The side to side aid given to Syria helps end the destruction of war or helps to prevent one as best as possible.  It should be a priority for the U.S. to help with this war as the U.S. was helped by the Kurdish militias.  I hope this recurring war ends with its destruction and threats.

Was it the right call to pull out U.S. military?