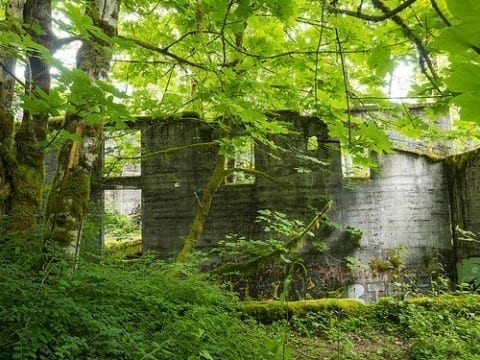 If humans disappeared, our footprints would slowly diminish.  Buildings would slowly crumble, nature would take over and become fruitful.  Animals would take our place as keepers of the land and would fight over the territory.  Pollution would not be nearly as harmful to the environment as it is now because there would be less of it.  Without us, many species would still be alive and new species would have formed.  The world would literally be, “the mighty jungle.”

According to an article by Sploid, the first things to go out if we disappeared would be: lights around the world would shut off within hours, ten days without human interaction animals would switch to survival mode and survival of the fittest.  Mammals would slowly inhabit the world again.  The world would look like current day sub- saharan Africa; the majority of larger mammals would still exist.  There is a group of people called Antinatalist who think the world would be better off if humans didn’t exist at all, because humans have a negative impact on the planet.

First of all, this is a very interesting topic of choice. I once read that there is only one species that should they disappear, the world of nature would actually improve, and that is humans (https://travelversed.co/travel-talk/20-things-that-would-happen-if-humans-disappeared-from-earth-overnight/). I like how you mentioned that nature would take over and become fruitful, because it’s sad that we are inhibiting the planet as opposed to improving it. Thanks for this fruit for thought; I will look forward to your next post.

First off, I’d like to say I really like your article and discussion of topic. I’ve never truly asked myself this question because I’ve always excepted my existence to be human and live as a human. I find it very strange how lights would be the first thing to disappear. Do you think the human race could regenerate even with other mammals taking over? I found this article on the internet I think you’d like. (https://phys.org/news/2010-06-humans-extinct-years-eminent-scientist.html) It talks about how humans could disappear in 100 years!! This idea is very crazy to me. Let’s talk again soon 😉