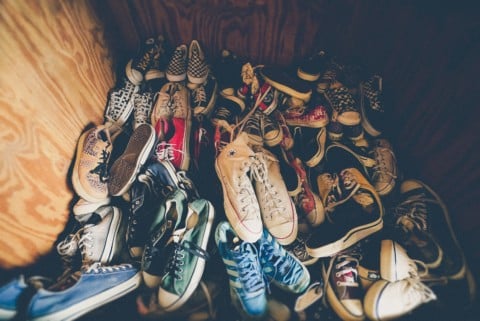 In chapter three of To Kill a Mockingbird, written by Harper Lee, Atticus Finch said to Scout, “You never really understand a person until you consider things from his point of view… until you climb in his skin and walk around in it.”

He said this in response to Scout’s first day of school, but this applies very well to her first, and only, meeting with Boo Radley instead. Everyone in town believed that he was a monster that never stepped foot outside of his house, until the day he saved Jem and Scout from death.

He had dominated their imaginations from the very beginning but became a symbol of goodness-of empathy- at the end. His single-story was that he was a reclusive person who had no compassion, empathy, or kindness left in his cold heart. When in reality, he was, “an intelligent child emotionally damaged by his cruel father…” (VideoAnt).

Because people only chose to see the scared and disturbed side of a scared man, they never saw his true character- no one, not even Boo himself. He chose to remain in recluse long after his father died because, “he doesn’t want to be part of a cruel, hateful society” (Tucker).

This was caused primarily by his abusive father, who lacked empathy when it was most needed, and that lack led to Boo’s single story. However, if Atticus had not told Scout that a different perspective was all that was needed to see past the single-story Boo never would have had his defining chance for redemption-for empathy.

Dear Catherine,
I am intrigued by your post because of your take on walking in someone else’s shoes. I’ve long admired this metaphor for empathizing and being able to connect with those outside of yourself, and it is an essential message conveyed in To Kill A Mockingbird. It makes all the more difference that children are used in the establishment of such a message in the novel, indicating how an impressionable mind contributes to and is affected by empathy.

One thing that stands out to me is when you said “if Atticus had not told Scout that a different perspective was all that was needed to see past the single-story Boo never would have had his defining chance for redemption-for empathy.” I think this is an interesting takeaway because of how it explores Boo’s redemption as a gift from the children. There’s a hopeful feeling to that concept, that broadening one’s perspective grants someone new and enlightened definition. I also think that this was not Boo’s only chance at redemption, but the necessary one in light of Harper Lee’s purpose in To Kill A Mockingbird.

Your analysis reminds me of something that happened to me. On more than one occasion when I was young, my parents would remind me to stick up not only for myself, but for anyone I saw who needed sticking up for, or who needed a friend. If I saw someone being treated poorly, be at their side and tell the others that they’re wrong. If someone was alone, lend them your company. Don’t let a cruel perspective silence the one that truly matters—put yourself in their shoes.

Thank you for your project. I look forward to seeing what your write next because I value your consideration of perspective. I admire the angle you took in this piece and its connection to the children. I think you have a unique take on character and redemption, and I’d love to see more.

Dear Catherine,
I am interested in your post because I really loved reading To Kill A Mocking Bird by Harper Lee when I was a freshman. Also, I remember talking about the critical judgment that the whole town had toward Boo Radley in the novel.

One thing you said that stands out for me is “He had dominated their imaginations from the very beginning but became a symbol of goodness-of empathy- at the end.” This intrigued me because it shows how the characters let their imaginations take over to form their perception of another character in a way that was based off of false knowledge and information.

Your post reminds me of something that happens consistently in society today. People are prone to judging other people by their appearance and information/stories that they hear from others instead of getting to know a person for who they truly are. It’s important to learn that we should always do our best to not “judge a book by its cover” as many people say, but rather judge people based on their authentic character, actions, and personality. This relates to the concepts of getting to know what people’s lives are like, learning what they are personally going through before making judgments on them, and acting like you understand them, aka “walking in their shoes”.

Thanks so much for sharing your thoughts!