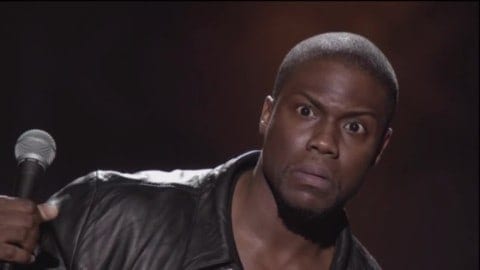 Our overall goal, here at WEEducation, was to promote awareness to legalize weed. We wanted to display how weed although may have some of their dark aspects, is more often than not beneficial for medical use and an economic impact on our country. Here in New York, weed has yet to be legalized, which is astonishing considering the liberal reputation of our state. Although New York has not yet legalized marijuana, we are hopeful that in the near future weed will be legalized. Within the last six months weed has been debated among both New York and New Jersey about whether or not they will legalize weed. The goal was to include a bill that would legalize marijuana in the state budget, due by April 1.

Stating our project has been successful may as well be an understatement. Our ability to reach people across the seas, in five different continents. We have been able to connect with others’ interests through serious blog posts and light-hearted memes. We chose this topic specifically because of the wide public opinion on both sides of the argument. We realize that in recent years, states, such as Massachusetts, and countries, such as Canada, have legalized weed. This popularity behind our topic has served as a catalyst for us to really take off.

Our project has been successful.

From the beginning, we have been the top group in our class. Although we should not be comparing ourselves to other people, our statistics are far superior to other groups in certain aspects, and they really say it all. Obviously, our international reach has been impressive considering the number of countries we have gotten such as India, Canada, Germany, and Costa Rica. We strive to do better by continuing to produce content in which our viewers enjoy.

Our ten followers are impressive considering the meager three months we have been around. The number of viewers we have reached is 291 and rising. As well as the increase in average views per day. In February our average was only one viewer per day, however, this past month our average number of views per day increased to four, which has been on a general increasing trend each month.

Our viewers in total have skyrocketed since our launch three months ago. In the first month, the total number of views was 14, that’s it. Now, in the month of May, that total is now 138, that is a 985% spike! Our blog posts, some silly, have addressed serious issues and benefits that affect millions. One being the proven fact that medical marijuana helps patients with cancer and them pains they feel like side effects. In addition, it can boost the economy, though it may not be incredible domination it can be a vital asset to the market. Not only have we addressed the medical and economic issues, but the social issues as well. One of our blog posts alludes to an article published by The Guardian, in which it has been reported that marijuana criminalization has decreased by 13% among states bordering Mexico.

Our evidence is more than sufficient at proving our success. Our viewers and we as well have learned new ways in which marijuana can be beneficial through different lenses in society. The content displayed and the results we have been receiving are amazing considering the highly public debate over this specific topic. The statement that we are doing well is quite an understatement and the best part about this is that through working on this project we, as a group, have become more interested into this topic than when we chose it that first day.

One of the weakest portions of our project, my fault entirely, is our petition. I have not monitored my petition to the degree that I should have which has caused us to not have even better stats than we already have today. I would have promoted on social media further and more consistently than I had been over these three months. One of the largest goals I wanted to reach was to influence the decision making of our state legislatures to legalize marijuana. I may have pushed for further public advocacy that could spread like butter on toast.