Waiting For A Change

Home Waiting For A Change 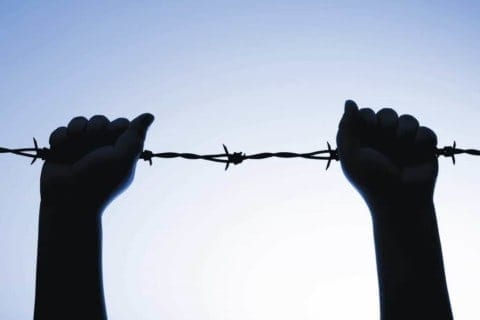 I understand that being the president wasn’t anything easy to achieve and that once you are president everyone blames you on current problems or accuses you of breaking promises. Some don’t understand that you don’t hold the power to do most of the thing you might have promised but I know you can push and suggest changes to Congress. I know you can at least try to make a difference. The issue I present to you are one of the many problems people have been wanting past presidents to change and it is in my hope that you would be the first of many who actually accomplishes to fix at least one of them.

My parents are American citizens but that wasn’t how it always was, in fact they were born in Mexico. However, they came to the United States, like many families, in search for a better life not only for themselves but for their children. My parents got their green card and then took the necessary requirements to become an American citizen. This isn’t the case for everyone. Those families who are here illegally are afraid they will be sent back and therefore don’t try to become US citizens or even get a green card. We seem to forget something, America was formed for freedom and to be able to pursue happiness, we all came here from immigrants at one point of our lineage searching for a better life as well. How can we deny the right to freedom while we bask in it’s presence? Are these families really causing any harm? The only ones that deserve to be deported are the one’s who come here with ill intent or those who break the laws that protect people.

Once the immigrants come here they don’t look for trouble but for jobs that no one wants, for example, working in the fields. In all honesty we know they work there because they don’t have many jobs to choose from either from the lack of knowledge of the English language or just lack of education, but the point is that they at least try to make a living in a place that can give their children a better life.  America secretly depends on them to take the jobs that are honestly hard and could be dangerous. They are also low paying jobs and they barely get by, yet they still send money to their families. I recall reading this article in my study skills class where they called the so called immigrants, heroes because of all the effort they put into finding a job and giving  most of their money to their families in Mexico. There are an estimated 11.7 million Mexican immigrants living in the United States. Imagine all the jobs that would need to be filled if they were to leave. Some may think this is a good thing but let’s be honest, the jobs that will become available are field work, skyscraper window washing, factory work, etc. Not many would take the job much less stick to it. If no one took these jobs we’d be out of fruit, vegetables, nuts, and other foods that are picked.

I’m lucky enough to be born here unlike some others that I’ve known. There are many students who weren’t born here but still came here at a young age. Young enough to assimilate and forget their first language. Now imagine if that child got deported back to their original country and not knowing a lick of the language. They would either struggle to swim or sink and drown. I know someone who was and still can be a bright student, however she couldn’t go to college because she wasn’t born here, this was a less than a decade ago. She could have become someone, she could have change the world, she could have been anything but yet again America, the land of opportunity, the land of freedom, denied her that choice, denied her that opportunity because she wasn’t born here. As far as I know we are all born equal, we are all born free, yet our government limits those who aren’t born here. It’s not like they were born in a different planet or that they aren’t people, they should have rights as well. The right to chose where to stand. No one picks where they are born.

The change I ask isn’t to let everyone in but to let the ones who won’t do harm in. Don’t limit opportunities to those who can make a difference, to those who don’t have any ill intentions. I hope with this letter you can at least consider making changes even if it isn’t this particular problem but one that the people want and need. I just wish something can be done soon because it breaks my heart to see families separated and dreams crushed.