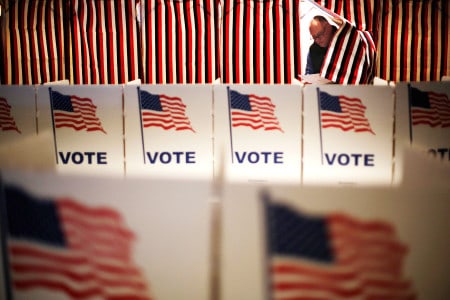 United States is a country establish based on a set of ideas such as the freedom of all people, liberty and democracy. In the past decades, the United States had always try to enhance its democracy and try to make it better, that includes the 19th amendment, and the 15th amendment. But in the past few years, few states tries to make democracy harder to happen in the current system.

Voter ID laws is a requirement of all voters are required to bring their official identifications when they are voting. This had become a barricade of lots of voters, Many Americans do not have one of the forms of identification states acceptable for voting. These voters are disproportionately low-income, racial and ethnic minorities, the elderly, and people with disabilities.  Such voters more frequently have difficulty obtaining ID, because they cannot afford or cannot obtain the underlying documents that are a prerequisite to obtaining government-issued photo ID card.

Voter ID laws deprive many voters of their right to vote, reduce participation, and stand in direct opposition to our country’s trend of including more Americans in the democratic process. This is an important barricade we need to cross as a democratic nation.