Violence Towards the LGBTQ Community

Home Violence Towards the LGBTQ Community 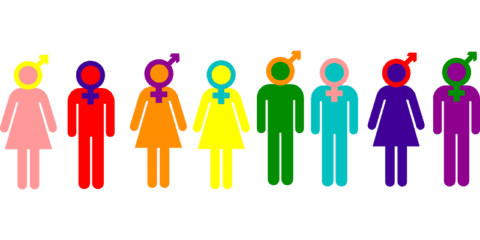 Even though the legalization of same sex marriage has been ground breaking, there are still complications that are facing those in the LGBTQ community. The first issue this community has been faced with is violence.

According to the FBI, bias against sexual orientation and gender identity accounted for more than 21 percent of hate crimes reported in 2013, with sexuality the second most common single-bias category following race.” This demonstrates that even though there is a law permitting same-sex marriage, people still aren’t respectful of others and their rights as a human being.

Additionally, we can see that the implementation of a law does not produce results, so if we are going to truly make a difference within our society regarding LGBTQ rights we are going to have to do a lot more than create some laws.

Dear Grace,
I was disappointed, surprised, and yet also unsurprised by the content of your post, “Violence Towards the LGBTQ Community” because I believe that everyone should be who they are, and what they are; should be able to love whom they want to; and should not be restricted by society’s perceived norms. Therefore, reading the statistics in your post hurt and reminded me of how close-minded and unaccepting much of this world is.
One sentence that particularly struck me was, “According to the FBI, bias against sexual orientation and gender identity accounted for more than 21 percent of hate crimes reported in 2013, with sexuality the second most common single-bias category following race.'” Hate crimes are despicable. 21 percent of them are based on homophobia and transphobia: so many – too many – innocent people are being persecuted, for being true to themselves!
I agree with you, and I believe that these hate crimes are mere acts of ignorance. However, they have a titanic impact. Those bullies responsible for this inhumane treatment of fellow human beings should put themselves in the shoes of the victims. They should attempt changing their sexual orientation (as many who aren’t heterosexual are urged by society to do), only to realize that sexuality is not a choice. Everyone is born the way that they are, and there is nothing wrong with that.
I look forward to reading your other posts because topics such as this interest me greatly!

Grace-
This is a really good post. The information included is great. We need to make people aware of the issues involving LGBTQ in society today. I agree with everything you said. Violence against the LGBTQ community is at a high right now and something needs to be done about it. This was a great post.

Dear Grace :
I am amazed by your post about “Violence Towards the LGBTQ Community”. Because people of color experience high rates compared to straight cisgender people. Also 21 percent of hate crimes reported in 2013 which is kind of a high percentage.
One sentence you wrote that stands out for me is “even though there is a law permitting same-sex marriage, people still aren’t respectful of others and their rights as a human being”.
Another sentence that I agree with was: “lesbian, gay and transgender people, especially those of color, experience violence at disproportionately high rates compared to straight cisgender people.” This stood out for me because it shows that people of color are experiencing high rates of violence since there LGBTQ.
Thanks for your writing. I look forward to seeing what you write next, because the way you explained how you felt about the situation and gave the readers details makes me eager to anticipate your next reading.