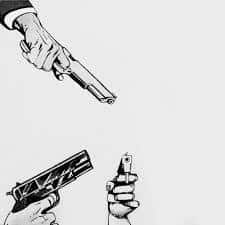 Why do you believe people are violent? An Oakland resident Ethan Cole, brought up so many interesting ways in which he believes that violence is caused. He states, “It is simply because nothing has changed in the status of poor and oppressed people” and  “is usually done for gang related reasons, then a person needing money gets involved joins the drug trade” (Cole). It is important to make sure there is enough opportunities for everyone in Oakland because we are all a part of this community and we all want to get somewhere in life the right way. Some ways Oakland can help reduce violence is by giving support to poor people in jobs and benefits, targeting the school systems, and to focus on the police force to first train officers.

Oakland can help solve the violence rates by first providing the poor people and those addicted with more opportunities to not act in desperation such as offering jobs so they can get money because now a days, a lot of things depend on money. In the article “Urban Crime: Causes and Solutions” “there are the people who are addicted to hard street drugs, and don’t have any more money to pay for their next ounce of whatever it is they’re taking, so, in desperation, they rob someone at gunpoint, or rob a store, or attack someone for their money, or burglarize a house, in the hopes of getting that cash they need for that next hit” (Bloomp). We need to be aware that addiction is really out there, and there is many people who are so deep into the addiction that they do not know how to control themselves. Ethan Cole talks about how opportunities can be really helpful, “Otherwise the police will only be looked down upon and hated for stopping illegal money flow and violence” (Cole). When he states “Stopping illegal money and flow violence” it means that through the way the less wealthy people get their money is illegal, but it is one of the only ways they could get the money they need. So, “police will only be looked down upon” by the poor people because they are stopping them from doing what they need to do to, although it is illegal. Giving poor people more opportunities to get a job can indeed be very helpful because it is a way that they can get the money they are looking for through a legal way which can also reduce crime rates.

Secondly, a strategy that can be really beneficial is by targeting school systems more. An Oakland mother who has been living in Oakland for more than ten years, Aracely Perez believes that school plays a very important role when it comes to this topic. This is what she stated, “If school can involve in such a way to allow students to feel welcome and enjoy going to school such as becoming a family like community or making school work more interesting, relatable, and understandable for all ages, future violence would definitely decrease” (Perez). Getting students of all ages engaged in school work will really be helpful when it comes to helping kids stay off the streets such as getting involved in gangs, drugs, alcohol, etc. Teens on Target (TNT) is a program in which they educate teens about violence. In the program, “They are taught a youth-authored, comprehensive, six-session violence prevention curriculum, which they then present, in the form of workshops, to middle school students across the city”(TNT). There is many programs like TNT which can help educate many teens on violence. These kinds of programs can be very useful when preventing youth to fall in a path that can lead to violent actions because they will know the dangers, risks and consequences of committing a violent action.

Finally, Oakland should focus a lot on training police officers. We have been seeing lots of police brutality lately. Aracely Perez speaks on how police should be trained, this is what she says, “Another thing Oakland could do is focus on the police force to first train officers and combat the current violence on the streets in a humane manner” (Perez). Police violence is out there too and this is a huge way in which we can reduce those rates. We are all human and we should be treated like one. Going back to the less wealthy people, the community  needs to stop arresting them and take a look at their roots and why they are doing what they are doing. Taking a look at their roots can also connect to giving them opportunities. Providing them with information of many programs they can get into would be a very beneficial way to help them make a new fresh start. I, as an Oakland resident, would love to see many people in my community to start over and later be joyful of the changes they made and how they came up from where they were before. We’re all human, we make mistakes that can lead us to rough paths, but there is always a solution. No human is perfect and we have to understand this and be empathetic. We all as a community need to find a way to come together and help our people.

In conclusion, Oakland can help reduce violence in our community by giving support to poor people in jobs and benefits, targeting the school systems, and to focus on the police force to first train officers. Our community is not perfect but it is the home of many people including myself. We want to feel safe to call it a home. Everyone deserves opportunities and second chances.

This article talked about “why people commit crimes, root causes,and some possible solutions to lower our crime rates.” This Website is trustworthy because it is a page where many people write blogs.

In this interview we discussed about the violence in Oakland. Ethan Cole has been an Oakland resident for a really long time. Ever since he was a little kid. He grew up in Oakland.

In this interview, I also talked about the violence in our Oakland community. This time I interviewed an Oakland mother. We mainly focused on how to prevent violence and since she is a mother she wants what is helpful for kids of all ages including her own.

Dear Lesilie,
I agree with your statement Oakland can help reduce violence is by giving support to poor people in jobs and benefits, by giving aid to poorer people it can help a majority of Oaklands population and help the area a lot. I also agree with your statement “Oakland should focus a lot on training police officers.” by training them better the community can be and feel more safe.

I enjoyed your article, very thoughtful work! I really like how you focused on ways to solve the problem of violence in Oakland. I appreciate that you looked at three solutions and went into detail about them. I also love that you included interviews and cited sources! I can tell that you care about this issue and I appreciate that you are thinking critically about it as a member of your community.

Perhaps you could add in a counterpoint and a refutation of the counterpoint to make your argument more persuasive. What might be an alternative viewpoint? What might someone who doesn’t think violence in Oakland exists due to a lack of opportunity say? What about somebody who doesn’t agree with your solutions?

Good conclusion, but maybe you could develop it some more. Is there anything that an individual citizen can do? How might community members in Oakland be able to create change, or even a space for greater dialog?

First off all good job on completing your blog you’ve done a great job. What I like about your blog is that you talk about how violence in Oakland can be reduced and improved. I like how you quoted, ¨we all as a community need to find a way to come together and help our people¨ this is showing that you believe the whole community should be brought together to help improve and give better opportunities to others as well. You did good on showing why you think they should also have opportunities and be helped by the community when theyŕe struggling. If really interested go to website that talk about how you can help improve the community and talk to people about how it can be changed.