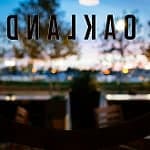 Did you know that  Oakland is the most crime-ridden city in California, according to the FBI? It’s also the second-most dangerous city in the country behind Detroit (NBC Bay Area).  Even citizens of Oakland agree. A parent that lives in Oakland  commented on the violence and she stated “Oakland is really dangerous especially in certain places more than others. You can’t just roam around the streets and be sure no harm will be done. Everytime I would see and hear police cars passing by due to violence”(Flores). But why doesn’t this violence stop? I believe it doesn’t stop for many reasons but I will explain one of the two reasons why violence doesn’t stop.  The first reason is that there is a lot of police violence which also provokes people to fight back and create violence among the community. The second reason is that people continue the violence because of poverty and gentrification.

To begin, violence is not stopping because of the negative interactions community members have had with the police. As I got the opportunity to go out and collect people’s ideas I came across a community member that had a lot to say about this topic. The person’s name who  I interviewed is Denisse Aguilar. We discussed about the police violence in her community. She said,  “Police violence has always been seen too much around the community to the point where it has become normal to see another killing on TV from a police officer”(Aguilar). This interview is credible because this woman has been living in Oakland for years now and she has seen police violence around her community.This matters because its showing how police violence isn’t a good thing because it has come to the point where some people don’t really have an interest on the topic. The less the people care the more it makes police violence continue because people are going to start seeing it as if nothing wrong is happening. This connects to my first claim because due to police violence and the interactions with community members police violence has had a negative impact because nothing gets done when a police does something to a community member. When this happens it just makes people want to fight back.

Secondly, there is a lot of ongoing violence because of poverty due to gentrification. Mark Hedin an author for the East Bay Times states, “In the past two years, the number of Alameda County’s homeless has shot up 39 percent, to 5,629 people, according to a recent count”(Hedin). This source is credible because it’s an Oakland newspaper and it’s from June 5, 2017. This matters because it explaining how gentrification and poverty have had a big impact on homeless people. In this quote it’s explaining that due to gentrification there is more poverty because gentrification is causing a lot of people to move out due to the high rent. Since there’s nothing homeless people can do about gentrification and poverty they tend to cause violence to get what they want.   places get gentrified people of wealth tend to come into those places because they are more expensive. This cause people to move out or get kicked out of their homes which then means that there is nowhere for them to go and this makes the homeless rates go up and increases the violence because it makes homeless people want to fight back for their rights and for what belonged to them but now belong to the wealthy people due to gentrification and poverty.

Some may believe the violence will stop and change everything that happens in the community. Although as a community we can work together to reduce violence, it isn’t certain that it will “stop”. As I was doing research I came across an article that was talking about the crimes in Oakland and how the rates have increased over the years. This article gave us graphs and explanations underneath. In the article we were given a few facts about Oakland crimes.“The overall crime rate in Oakland is 149% higher than the national average… states”(Oakland,CA Crime) This matters because it is showing how the crime rates have been increasing. This proves that violence is not completely going to stop because there is still a lot of police brutality and discrimination against the un-wealthy people.This leads me to believe that if the crime rates keep increasing violence in the community would only become worse.

In conclusion I believe that the two main reasons to why there is a lot of violence in the Oakland community are gentrification against the poor and police brutality. With how the crime rates have been going up I think that violence will still continue. Crime rates might reduce over time but it isn’t certain that violence will stop.

Denisse Aguilar talked about the police violence in her community. She shared her opinion on how police violence has always been seen too much around the community to the point where it has become normal to see another killing on TV from a police officer. This interview is credible because this woman has been living in Oakland for years now and she has seen police violence around her community.

In this article it is showing graphs and information about crime rates in Oakland. It includes information about many other topics meaning this is a source with a lot of collected info.This source Is credible because it is info that has been collected from 2010-2018. This article shares different types of crime and the total of crimes that have been happening.

Maria Flores talked about her experiences in Oakland. She shared her opinion about Oakland and how it’s really dangerous and people can’t just roam the streets and be sure that no harm will be done. Everytime I would see and hear police cars passing by due to violence. This source is credible because she is someone who has been living a long time in Oakland and experienced/seen violence in Oakland happening.

“In the past two years, the number of Alameda County’s homeless has shot up 39 percent, to 5,629 people, according to a recent count”. This source is credible because it’s an Oakland newspaper and it’s from June 5, 2017.

Dear Joana,
I like what you wrote in your blog you put in so much detail on how Oakland changed with the people you interviewed and the research you also did. One sentence that stands out for me is “Oakland is really dangerous especially in certain places more than others. You can’t just roam around the streets and be sure no harm will be done. Everytime I would see and hear police cars passing by due to violence”(Flores). I agree with this person because something similar happens around my community is like an everyday life. You would hear police cars pass by and you already have an idea that its do to violence. As I read your blog Do you think that violence would make any changes in the future? Or Do you think if the community gathers together they can make changes to violence in the future?

Dear Erika,
Thank you for replying back to me. It was so nice of you to read my post and tell me what you liked about it. For the questions that you asked I believe that violence if it weren’t to stop know it can get worse in the future. In my opinion I think if the community were to get together it would probably spread awareness but it wouldn’t stop the violence completely. Thanks again for reading my blog.