Home Violence has led to Killing 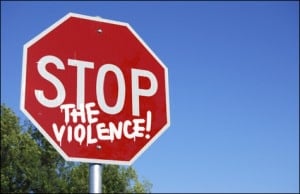 Lately people have been angry at police and claim that police don’t protect our environment, that they just kill black people because they look suspicious. “90 residents of Oakland have been killed by Law Enforcement Since 2000 and 74 percent were Black” (East Bay Express). Is that true? Where is the safe and quiet? Has it disappeared? Why? Has violence gotten worse or better?

The violence has created mass of hatred, racism, and killing. A parent from Oakland who I interviewed said “Everyday there is violence no matter what day it is nor time. Violence is something that occurs every single day and there is no day that nothing will happen. Over the past years that I have lived in Oakland, close to the Bart Station, violence to me has gotten worse and has created a dangerous environment for people to come out of their homes” (Salcedo). This points out that violence is a problem that has been going on for years and each day has just been getting worse. Violence in Oakland has already turned into Oaklands culture. Every second or every heartbeat that we create violence is not positive nor safe. People feel unsafe coming out their homes they feel like they’re gonna be attacked by people. Secondly, I did some research online that talks about black people getting killed by police just because of looking suspicious. East Bay Times, a local Oakland newspaper says, “ The shooting comes two days after the ninth anniversary of the fatal shooting of Oscar Grant by officer Johannes Mehserle on Jan. 1, 2009, at the Fruitvale Station” (Kelly). This explains that violence and racism towards Black people who have been killed by our own police just by looking suspicious, can you imagine how much hatred has there been against police as well a while ago people closed down the 880 freeway to protest because police were killing People of Color for no reason but because they looked suspicious. This also shows that violence has gotten out of control because if one person looks suspicious then people are most likely to be arrested or killed, and this is not right. Police shouldn’t be violent unless they have charges/proof against people. Looking back 90 residents from Oakland have been killed for being innocent since 2000, 18 years from now (East Bay Express).

Secondly, as proven, violence has been an issue and I believe that there are some solutions that will help Oakland be less violent. One solution is to train police to prevent stereotyping. People are scared because police are arresting people of color because they might seem suspicious. But, this is not fair if they have not actually done a crime. A quote that I had found talks about how violently. The Oakland police department explains that there has been less gun violence lately. The police department says, “Although, we have a very long way to go with eliminating violence in Oakland it is because of your hard work that lives were saved… As Dr. Cummings would say we have been moving rocks every day since September 14, 2012 to move the mountain of gun violence in Oakland”(Police Department). This points out, that  Oakland is creating a change for our community and is trying to make the community safer even though it’s going slowly but it’s better than nothing. This points out that if people keep on working to make violence less dangerous each year probably the rate of killing can lower down and might be a more comforting community and probably a more safe place. Additionally, I interviewed a Dean Of Students in Oakland asking her how can we make Oakland less violent? She responds, “We need to hold the police accountable when they kill black folks which is not happening and people need to see justice” (Trujillo). This points out that we can make Oakland less violent like Trujillo said we have to hold accountable the police because police are over reacting and are anxious about black people. This illustrates that the police should be more careful and should get to know the communities better and not make assumptions about people of color.

Additionally, violence is a problem that will keep on going on forever and it’s impossible to stop violence. However it can get less dangerous. Moreover, I had found an author called Loren Seibold who talks about people being violent and questioning if violence will ever end on earth. She says, “We try to contain those who commit violence; prisons have never been so full. And yet we cannot seem to imprison enough people to the end the violence! Some speculate that poverty leads to violent crime; but that theory is discounted by the observation that even wealthy people are capable of vicious behavior. The reason we can’t end violence is because it’s in our human hearts. Even if we could create a society in which everyone’s needs were fully met, some would still be violent” (Seibold). This proves that there will forever be violence on earth no matter if societies creates a change because of how Loren said that violence is in our human hearts. Also this shows that if we don’t change, violence will just keep on getting worse as the years/time keep on passing. As well if the police are not held responsible for their violence, one they’re not doing their job and they’re increasing violence.

In conclusion, police killing, nor other type of violence will never stop happening because violence is part of Oakland’s culture now. But the reason violence starts is because people do it on purpose to get there anger out against other people that are innocent just like the police killing people of color which is not fair because they’re killing lives that are extremely important to this world.

This report talks about that this year there has been less homicide shootings since 1999. Also it talks about how they still have a long way of eliminating violence in Oakland. This report is trustworthy because it was from a police department in Oakland that everyone knows and especially that the department helps us as a community.

Nicole talks about how Oakland police create crime but never take responsibility for themselves. Also she talks about how she wants to see justice. Nicole is trustworthy because I’ve known her for a long short of period and she knows about the police.

Seibold Loren. “Violence: Will it ever end?” HopeChannel, 15 Nov. 2015, www.hopechannel.com/read/violence-will-it-ever-end.

Hey Karyme, I really enjoyed reading your post. I liked how you are talking about an issue that is going on in our community. What stood out to me is how you expanded your research and interviewed people in our community because they are also being affected by this issue. Great job!

Thank you for having the time to read my post. Have you ever written a blog about your community if not what would you write about?