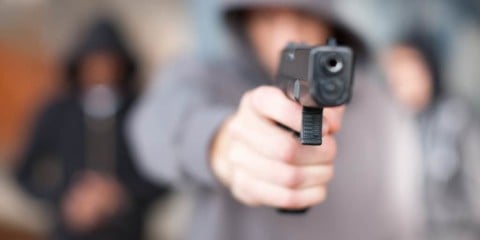 Oakland may be the fourth most dangerous city (cbsnews) in the country, but many see it as if it was the worst. This city is most known for “violence”. The type and how much violence depends on where a resident of Oakland lives. For example, if a person lives in the hills they are most likely to have less crime/violence and it will also be a very calm area from what I have seen and heard from others.

However, down in the flats there is more crime/violence and it is not calming like the hills. I know that it is not calm or a nice area to cruise around because I live in the flats and have experienced some violence; like gun violence. Even though Oakland has violence, it has changed over the years and it is improving. This is what I want people to learn. I say that it is improving because from where I live I have not seen any violence ever since 2014 or so, not too sure about the date. Some statistics about how safe oakland is and from what I am seeing in the website is that the darker blue shading is where the place is safer or less violence you could say. From what I see in the hills it is much more safer and in the flats it is somewhat less safer. Where I live it is not safe, and going to Alameda or San Leandro it seems to be much more safer than from the area I am from from (neighborhoodscout). People may see that Oakland is still a violent place to be, but that is wrong because there has been improvements throughout the years.

Now, Oakland has been changing for the better and the violence has reduced. I interviewed a young girl who has lived in Oakland her whole life and she stated, “There was lots of violence, but now times has passed and it seems like violence has drop because I don’t really see or hear violence like I used to around 2015” (Eligio). Like I said before it does matter where you live because if you live in a place that is much more richer and not so poor like the hills, there is probably gonna be less violence.This girl lives with me because she is my sister and I also think the same because as time passes I have not noticed much violence as in 2015. The violence that would happen  I personally don’t really know anyone who lives in the hills, but there is not one person who states that the hills is a nice place. I hear that a lot from classmates, friends, or family members. I know many people that live in the flats as well and they also have experienced violence in their lives and they (family members) believe that violence has dropped and there has been less violence than back then, like around 2012-2016. Though they do not think that violence has drop or decreased because they have recently experienced two different kinds of violence, one was robbery and the other was gun violence. I interviewed my uncle about how violence has changed and he stated, “Well from what I have experienced.. Violence has changed through the years, but not completely. On a scale 1-10 I would say 5 out of 10 that the violence has changed because even if violence was worse back then, I have seen violence decreased. Though recently there was a robbery in my house about a few months ago maybe 5, me and my family were out and when we came back home we noticed that my girlfriend’s jewellery was gone and that the window was broken. Me and my kids were scared and we looked around to see of there were anything else that was stolen, I didn’t think this would happen to me or my family. From then things have been better, but recently there was some shooting in my neighborhood. All I can remember from that event is that I was watching a movie with my kids in the living room and then someone started shooting, damn I was scared because they sounded so close to my house we just dropped to the ground and turned off the lights and I got the courage to look through the window and oh my god, the person was like 2 house away from mine. I was frightened at the time, but I am just glad that they did not come into the house because if they did god knows what would have happened. So I’d say violence has changed a bit throughout the years, but not completely” (Mata). So what he is saying is that he has noticed some changes in Oakland and what has happened around in his neighborhood, this shows that violence has dropped by a few amount, but not completely because violence has still occurred in his home and these events have happened just a few months ago so not too long ago.

Some people may think, that violence in Oakland has not change ever since, because they believe that Oakland is still a very dangerous place, because of what people have said. I know many people that they still believe Oakland is awful and has not change since because their thoughts can’t change unless they actually see how violence has reduced. In conclusion I believe that violence in Oakland has changed a bit because violence is still occurring, but the violence has not been occurring as much as before. I just feel like people should see for themselves before they say other objectives that are not true, because I know that if someone claims something it will become a rumor.

I interviewed a girl from Oakland, she is a credible source because she has lived in Oakland for her whole life. She may be young, but she has seen violence in the neighborhood or outside the neighborhood. She has seen many kinds of events of violence like shooting, robbery, and murder.

www.neighborhoodscout.com/ca/oakland/crime. This is a credible source because I am able to see how safe in Oakland places is based in the are. In the website, I am able to tell which place has more or less violence

Dear Velvet,
Your passion and care for Oakland is truly amazing. You had great quotes that proved how and why Oakland was dangerous and your evidence surely backed up your claim. I really look forward to reading more of your writing soon!

Dear Cristina,
thank you for taking the time to read my post. I look forward to see more of your comments

Dear Velvet,
Thank you for sharing your work . My name is Ahmed and I am a student at Fremont High school. Something I like about your work is you wrote about Oakland and you want to let people know that violence should stop. Something that I have a question about is Why write only about Oakland CA. Please feel free to comment on my work in the future. The address to mu student blog is  http://ahmedmfhs2022.edublogs.org/ .
Thank You
Ahmed.

I am amazed by Your post because some of the quotes you writing is was really cool. I like the way that you shows that how bad is Oakland and how is this affecting others. One of the sentence you wrote that stands out for me is “if a person lives in the hills they are most likely to have less crime/violence and it will also be a very calm area from what I have seen and heard from others”. I think this is a good sentence because it shows that how bad is Oakland is and how can this affect people. Another sentence that I was amazed by is “However, down in the flats there is more crime/violence and it is not calming like the hills. I know that it is not calm or a nice area to cruise around because I live in the flats and have experienced some violence; like gun violence”. This stood out for me because it sounds cool and the ways you said living in hills is like living in Oakland.

Thanks for your writing . I look forward to seeing what you write next, because like the bolg you writer and all the quotes you use in this bolg.