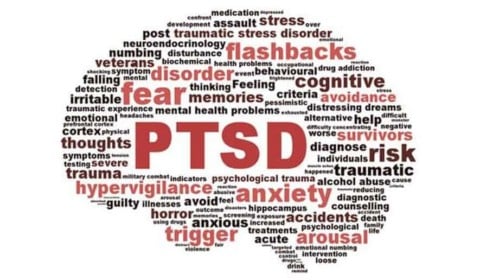 How does being exposed to violence affect youth in Oakland? Violence has affected many people in Oakland. Is a behavior involving physical force intended to hurt, damage, or kill someone or something; but it’s mostly affecting youth.

Violence keeps adding on communities and had divided Oakland. One of my interviewees is a woman who has lived in Oakland for almost sixteen years, in the same community and she has seen some changes in her community with violence. She said,” Violence has divided Oakland by making people more distrustful and being on the defensive” (Beatriz). Violence is making our world divide; violence is not only affecting where we live but it’s affecting people. People now don’t feel safe anymore, you cannot walk peacefully because now you have to take care of yourself and see what is happening around you, now you cannot trust anyone neither the people in your community because you never know what can happen. Secondly, I interviewed a lady that has also lived in the same community as my first interviewee for many years and who had worked for a time in the police department. The interviewee had said her opinion, “Violence has divided Oakland by making people scared and distrustful. Taking away our people from us who we really loved. But its not only our community it’s everywhere”(Nancy). Violence has made people feel distrustful and scared of the community; not only that it has taken away the people that is really loved, which means that there has been killing in the community and not only in the specific community where she lives, its in different communities in Oakland. Violence has done unacceptable damage in Oakland.

Violence is not only affecting our communities, it’s affecting youth who live in Oakland. In the article “PTSD in Oakland: Gun Violence Victims, Families Suffer Continuous Post-Traumatic Stress Disorder” by Stephen Stock, explains how violence causes youth to have PTSD. Stock states,” Post-traumatic stress disorder is usually associated with soldiers returning home from war. But experts in psychological trauma say they now see the condition in residents of Oakland and other American cities with high rates of gun violence. Unlike soldiers returning home from the battlefield to relative safety, though, there is no safe place to escape for those traumatized by violence in their own community” (Stock). The quote is saying that youths are more affected by violence instead of soldiers coming back home from war. Not even soldiers can feel safe in their own community because of violence; it’s like if they are having another war but in their community. Youth in Oakland suffer from PTSD, but it’s not the same as soldiers. Stephen Stock explains, “Oakland neighborhoods East and West of Downtown say their communities are seeing little of that economic growth, and worry a lack of opportunity means no escape from the cycle of violence and trauma”(Stock). Violence is mostly happening which means the highest place where there is violence is in East and West Oakland. Also instead of being less violence it’s adding more each time in the communities. Right now PTSD keeps continuing with youths, PTSD is really “unique on youth people”.

The article “Economy Tied to Gun Violence in Oakland” by Stephen Stock talks about East Oakland, how it has a lot of violence and how youth are affected by it. Todd Walker who coaches football around the fields of Oakland. Stock and Walker had reported, “Crime is down across Oakland, but gun violence continues to be a problem in communities such as East and West Oakland…’It’s going to take these cities to start opening up doors to these kids,” Walker said. “Cause when they turn 13 or 14, they’re turning their back on them. And once you turn your back on them, the streets get them. And once the streets get them, that’s it. The streets are like a spider web”(Stock, Walker). If youths don’t have PTSD they would get killed, join into gangs, violence etc. “In that same area of deep East Oakland, police data shows there were 26 murders and 90 gun arrests between August 2015 and May 2016”. Is really awful because not even a whole year and there has been a lot of murders and gun arrests. The research shows how fast people are losing people by killing or them following the wrong steps.

In conclusion youth had been affected by violence in their own community. Youth suffer from PTSD way more than soldiers who come back from war. Even though violence is not acceptable for anyone and neither for youths or also kids who are growing up its affecting them.

I had interview a lady from Oakland name Nancy and had ask her about what she had notice about violence in her community. Nancy is credible because she had live in Oakland for a lot of years and has also work on the police station.

Stephen Stock is a writer in NBC from the Bay Area. The author talks about how violence make youths have PTSD. Stephen have explain how post-traumatic stress disorder is usually associated with soldiers returning home from war. But experts in Psychological Trauma had said they now they see the condition in residents of Oakland and other American cities with high rates of gun violence. Unlike soldiers returning home from the battlefield to relative safety, though, there is no safe place to escape for those traumatized by violence in their own community.

I had interview Beatriz Torres and asked her about what she knows about violence in our community in Oakland. Beatriz is credible because she has live for 15 years in Oakland and in the same community and she have seen some changes that had happen in our community that has to be with violence.

Hi sister! I really like how you put thought and effort into your article. Very good reliable sources especially because you interviewed a person

Hello Oscar, thank you for taking you’re time and commenting on my post.

I am happy about your “violence affecting youth in oakland” because it is a very happy and exciting blog to read. one sentence that you wrote that stands out to me is “Violence is not only affecting our communities, it’s affecting youth who live in Oakland” because does affect both and both are being hurt by this so I think that we should put in a effort to stop it. Your blog reminds me of how oakland really is and how oakland has its own kind of problems and that’s what make it unique.

Hello Nakiah, I appreciate you for reading my article. It makes me feel happy that it makes you feel happy and excited and how we both agree about the situation that’s happening in Oakland.

I am impressed by your post “Violence Affecting Youth in Oakland” because its saying facts that we see in Oakland now in days. One sentence you wrote that stands out to me is “Violence keeps adding on communities and had divided Oakland”. I think this is really powerful to me because it’s true i see it in the news and in the streets and it is really accurate. Another sentence that stood out to me was “Violence is not only affecting our communities, it’s affecting youth who live in Oakland.” this stood out to me because i can already visualize youth in Oakland that has changed themselves and be really affected. And overall wow leslie i agree with you on your post it’s incredible the amount of evidence you wrote and really everything stood out for me . Thanks for writing. I look forward to seeing you’re next post because you explain with details and be powerful.

Hello Paola, I really enjoy reading the comments that are left on my post I appreciate you for commenting on my post. I really love how you agree with my opinion and that you like my post. Hopefully later on I could read any post of yours and you keep reading to my posts.