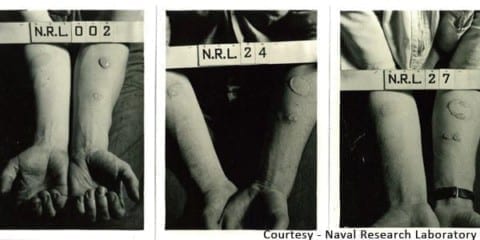 “We slow the progress of science today for all sorts of ethical reasons. Biomedicine could advance much faster if we abolished our rules on human experimentation in clinical trials, as Nazi researchers did.” – Paul Nitze

Did you just agree or disagree with the quote above, because if so I’d like to either go against or agree with you depending on which side you’re on. The question I’ll be focusing on is, “Is it ethical to use data from Nazi experiments or data from victims of experiments in general?”. When regarding this question I feel that the details of the experiments matter. For instance, was it consensual? Regarding the Nazi experiments, I feel that their experiments were very unethical and cruel, therefore that’s why I feel the data is in the same boat. Based on historical events, ethics, and opinions, it is not ethical because the data was taken nonconsensually and in an unethical matter.

Nazi doctors conducted over 30 different types of experiments on victims in concentration camps as a way to benefit themselves and their ideologies. There was experiments involving seawater, twins, poison, and many more. Two experiments I found in an article stated, “Some 300 women at Auschwitz subsequently underwent artificial insemination at the hands of Clauberg, who reportedly taunted victims strapped down before him by informing them that he had just inseminated them with animal sperm and that mosnters were now growing in their wombs” (Tyson), “Nazi doctors sliced open the leg of Ravensbruck survivor Jadwiga Dzido an deliberately infected the wound with bacteria, dirt, and glass slivers to simulate a battlefield injury. They then treated the wound with sulfonamide drugs” (Tyson). These experiments were very unethical and overall cruel. Yet, not only did the Nazi’s conduct experimetns where they included victims. For instance, there’s the Tuskegee Study. In the Tuskegee Study people were told they had ‘bad blood’, weren’t given treatments that were available, and overall ethics weren’t payed attention to with the Tuskegee victims. In an article about the Tuskegee study it states, “ Doctors from the U.S. Public Health Service (PHS), which was running the study, informed the participants—399 men with latent syphilis and a control group of 201 others who were free of the disease—they were being treated for bad blood, a term commonly used in the area at the time to refer to a variety of ailments.” (Nix). This quote explains a little background of the studies start but also shows my mention of bad blood referenced earlier. They show a little explanation of the experiments taken place and I added this as a bit of a background piece.

Looking back to the experiments earlier there’s a question, would the data use be ethical? Well, what are ethics? Ethics are “moral principles that govern a person’s behavior or the conducting of an activity”. Four of the principles to go by for medical practices so those practices can be considered ethical, are definitely not involved with the Nazi experiments because what the principles are. There are four basic principles of ethics: autonomy, justice, beneficence, and non-maleficence. Autonomy is the respect for persons, justice is the equal distributions of things, beneficence is intent of doing good and how it benefits, and non-maleficence is doing no harm. I feel that the Nazi experiments and unfair experiments involving the term victims rather than participants/patients are unethical, including the data received from them. If their data was received nonconsensually then why should anyone have the right to distribute it and use it? Of course there is a possibility that from those experiments there is great data possible to find cures from diseases but the fact is, it could’ve been taken forcefully. In Nazi experimentations, many people died from those experiments for the sake of data. How would it seem ethically to distribute the data when considering some situations and how the data was received?

It could be brought up that if we do use this data if could benefit patients today that are sick, but even though there is a possibility of that being true it still wouldn’t be right. Although technically science is not a moral endeavour, meaning it is not a moral way to achieve a goal or considered “good” or “bad”, so then who am I to say it wouldn’t be right. Yet, what the Nazi doctors did was conduct pseudoscience, which isn’t genuine science/true science. Pseudoscience is a fake science meaning it does not line up with the practices of true science. There are eight principles to have true science which are, “Asking questions (for science) and defining problems (for engineering), Developing and using models, Planning and carrying out investigations, Analyzing and interpreting data, Using mathematics and computational thinking, Constructing explanations (for science) and designing solutions (for engineering), Engaging in argument from evidence, Obtaining, evaluating, and communicating information” (SEM). Pseudoscience is what the Nazi experiments conducted because their science conductions were fake by not going by the principles. By looking at some of the experiments you can compare the principles of science and the Nazi experiments and conclude that yourself. Many people reference the experiments as pseudoscience because of how they were and what they went by while using humans.

In experiences like the Tuskegee Study it was science but ethics were established and looked at then. There were victims resulted from those procedures and it’s still wondered if using their data, especially without consent, is okay? Whether or not if their data is for a “good” purpose like curing cancer, that doesn’t establish it as ethical. Then there is still the matter of consent which is mandatory in time today. Therefore it is not ethical by doctors using the data today in time where if you don’t ask a patient for their consent it’ll be okay. Humans have rights to be respected by, and unless science teams find the victims or family and ask consent it is not ethical nor okay. Comparing the Tuskegee Study and the Nazi experiments, their experiments were both bad and pseudoscience. One study did not follow the principles of true science, yet both of the experiments experiences weren’t fair. Not telling a patient what they are receiving is rude because their withholding information. The killing of innocent humans (nonconsensually) is terrible.

Based on historical events, ethics, and opinions, it is not ethical because the data was taken nonconsensually and in an unethical matter. As seen before, they were taken in very unethical situations and not consensually which is a very huge area of using DNA from someone. With the question,  “Is it ethical to use data from Nazi experiments or data from victims of experiments in general?”, I am concluding still with my answer before. It is not ethical to use data from victims of experiments because of the ethics and principals ignored during the experiment. If data from victims can be used, then we should now consider Henrietta Lacks story with the the nonconsensual taking of her cells, usage, and shipping of them in the world. We shouldn’t justify the data because of how it benefits us but we should instead pay more attention to our principles, morals, and facts before benefitting ourselves needs with others takings.

Gillam, Lynn. “Is It Ethical to Use Data from Nazi Medical Experiments?” The Conversation, 1 Oct. 2017, theconversation.com/is-it-ethical-to-use-data-from-nazi-medical-experiments-39928.

This website is about answering the question, “Is it ethical to use data from Nazi medical experiments”. It includes some background information about the Nazi experiments and answering the question. This article is credible because it was made in 2015 so only 3 years ago. It’s also credible because the website is partners with a university and includes conversations on many topics including this.

This website includes information on Science and Engineering. It includes some principles and I believe has audience for students, so that’s credible. It was created in 2013 and the website is refreshed this year. It’s also credible because the National Academies of Science, Engineering , and Medicine. 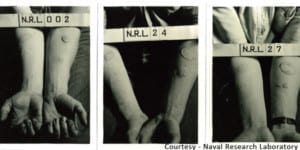 This Website includes information on the History of the Tuskegee Study. It is from the History website and is very credible. The article was created in 2016 so it’s not old. The audience of the article are students that want to learn about historical event.

This Website includes some of the Nazi experiments conducted during the time of Nazi Experimentations. It includes details of the experiments and also names and images. The website is from PBS which is a credible source. The article was also referenced by a teacher so it was credible to them as well. The intentions of the article was to educate.

Dear Kami,
I am shocked about what you wrote about because many victims was apart of the experiment that the Nazi did. And it’s very sad that the had to go through all that pain because it must have been really painful and brutal. One sentence you wrote that stands out to me was “Of course there is a possibility that from those experiments there is great data possible to find cures from diseases but the fact is, it could’ve been taken forcefully. In Nazi experimentation, many people died from those experiments for the sake of data.” This that you wrote stood out to me because the data can be useful because it can be used as data that help cure diseases but at the same time many people die from those experiments for the sake of data. Thank you for writing. I look forward to seeing what you write, next because your writing is very interesting and detail about what your opinion.

Dear Ying,
Thank you so much for commenting on my post. I am really happy you took your time to read it. For the sentence that stood out to you, I’m happy you took notice to it because it was one of the claims of my argument. It’s an important sentence. Also I am really happy you agree with my overall argument. But my question for you is, What’s your opinion on all human experimentation? Anyway thank you and please keep reading my work!

Dear Leslie,
Thank you for reading my work and for the nice comments. I made sure to have detail so my argument could be defended so thank you for noticing. Also I am happy you like that I included the bioethics because I almost didn’t so thanks :). And omg important piece of writing? You’re great. Here’s a question for you, Do you think ethics should be entwined with science?

I was amazed by your blog! I love how you gave a short and detailed summary of each principle of bio ethnics. I also really liked how you started off your blog with a quote in the beginning and really engaging with your audience. Also I really liked how you not just included Nazi experiment research but also about Tuskegee, really good connections. I also agree with you that the Nazi experiments were unethical and cruel because they basically tortured people. I look forward on what you write next!