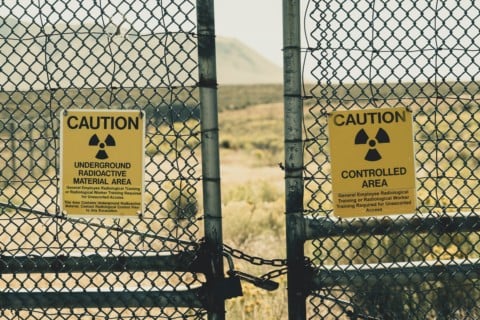 While there are a lot of pros to the potential of switching to nuclear energy, there are also a lot of logistical nightmares that need to be addressed. According to the article, The Nuclear Option by Upholt Boyce, there are a lot of people who still believe that nuclear energy is not the way to go in regards to the future. Anti-Nuclear beliefs stem from the horrific tragedies of Fukushima, Chernobyl, and the long island incidents that caused thousands of casualties and tens of thousands of extreme injuries. Each of these incidents represents a time where nuclear energy was handled incorrectly and as a result, was released into the air which is extremely dangerous for humans and wildlife alike. Once in the air, the land that was exposed to radiation is usually not completely safe to inhabit for several days.

In addition to the instability of nuclear energy, the viability of a complete switch to nuclear energy is not good due to a lack of nuclear power plants across the nation. Furthermore, in the upcoming years, some of the existing plants will shut down leaving fewer sources for nuclear energy. In addition to the lack of these power plants, technology is not advanced enough to collect other forms of renewable energy year-round which would be vital in supplementing the large-scale use of nuclear power. Lastly, while nuclear energy is claimed to be good for the environment, the waste from the mining of uranium is often mishandled when it is disposed of which is not good for the environment.

In conclusion, Nuclear energy has a lot of upsides, but there are also some big logistical issues that need to be addressed. The last point that this article made was that the upside of the use of nuclear energy is tremendous. This leads me to believe that while there are logistical issues, they can be dealt with and ultimately eliminated.

Hey gus, even though that nuclear power is clean energy than others, the disaster of the past has made it look as if I was bad for the environment. people think that sources like solar and natural gas are good but in the long run, it not really good. If you ever heard of Michael Shellenberger, then you will like his ideas.

Hey Gus! I love your perspective. I always appreciate when an author can be objective and approach a topic without preconceived conclusions. I think that more often than not, topics like nuclear energy that so often find themselves under the proverbial microscope are seen through certain lenses; and more often than not, those lenses don’t allow for an objective approach. Nuclear energy is one such issue; and for the reasons you stated. I also like how you view nuclear energy as a stop gap between current fossil fuels and more reliable, cleaner sources of renewable energy once the technology develops in the future. Were you to elaborate further, I would be interested in a plan for the integration of more widely accepted renewables after nuclear is no longer needed.

Gus, I agree with some of your points but disagree with others. When you mention Chernobyl and Fukushima, you mention these as if it was the dangers of nuclear energy that caused that. While nuclear energy surely increased the damages done, Chernobyl was an unauthorized experiment pushing the reactor to its limits, while Fukushima was a mix of under preparation and intense natural disasters. I think that if you look at nuclear power as a future, it offers more safety and sustainability compared to fossil fuels.