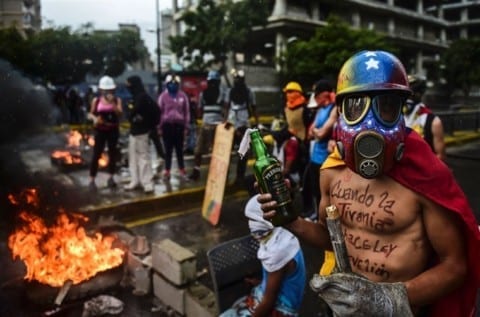 Many of Venezuela’s parents are leaving behind their children in order to find a better job and to be able to support their family. But what is causing them to leave Venezuela? Why not just get a job there?

Well, Venezuela has been having an economic crisis for seven years, and a huge one, thanks to the price of oil drastically decreasing, which then led to many of their financial problems to surge. All of this also caused the value of their currency, the bolivar, to become worthless, because of the hyperinflation. So this means that any money earned there, has no value. Yet, the prices of many goods and products keep increasing.

This is what has been causing many children to be left behind in the care of other family members, so that their parents can try to find a better job elsewhere. According to Upfronts Magazine and their article, ¨The Children Left Behind¨, it is estimated that over 1 million children have been left behind to tend for themselves, which is hard enough already. For example, some of the children are left in the care of other children or siblings, causing them to leave the school and find a job. But with the COVID-19 pandemic going on, it is making their situations harder. Many of the children now lack, food, clothes, and a safe environment. School used to offer that, but now it cannot. Everyone is living in hard times, lacking even the basic of things.

This situation is only getting worse, and can only be fixed by the government if they act quick. But what is obvious, is that it will take many years to be able to fix things, such as the lack of many things, and take everyone out of the economic and financial situation they are in. Now back to the parents leaving their children behind for the hope of a better future and better opportunities; do you think they are doing the right thing? Would you also leave you child behind?